72-year-old loner, believed to be a hoarder, found dead in his Towner Road flat 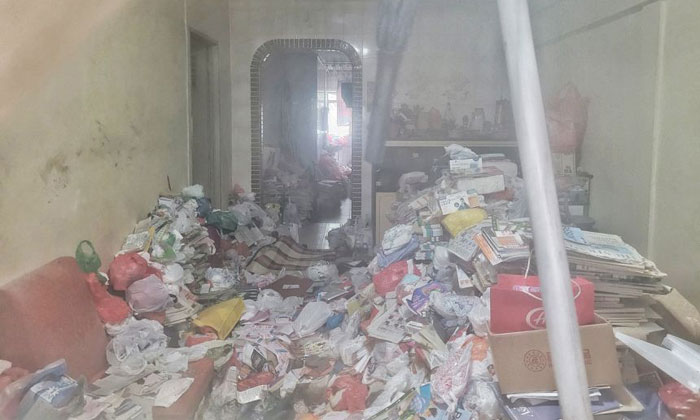 Relatives of a man found dead in his flat were at the unit on Thursday (Nov 18) clearing up various items including discarded boxes, plastic bags stuffed with papers and even furniture.

The body of the 72-year-old man, believed to be a hoarder, was found by police in his flat at Block 105 Towner Road in Whampoa on Wednesday.

He lived alone and it is believed he had been dead for a few days.

The police said they were alerted to the case of unnatural death at 9.44am on Wednesday and found the man motionless in the flat. A paramedic from the Singapore Civil Defence Force pronounced him dead at the scene.

Investigations are ongoing, but the police do not suspect foul play.

When The Straits Times visited the flat on Thursday, numerous items were strewn along the corridor and all over the unit, and a foul smell hung in the air.

The relatives declined comment, with one person only saying they were trying to get in touch with the man's son.

A neighbour, Ms Lena Nguyen, said: "I never saw any relatives visiting him, but he would go out every day in the morning and come back in the evening."

The 45-year-old housewife, who has been living in the unit opposite for the last two years, would often see the man carrying bags full of items.

"I am so shocked because I just saw him last week, and I found out yesterday he suddenly passed away. He didn't seem sick, he still talked to me like normal. He was often just sitting alone downstairs," she added.

"When I came back home (after my night shift on Wednesday morning), I noticed a strong stench and couldn't stand it. I called the town council and the police came to investigate," she said.

She added that the man was a loner and hardly had any visitors. 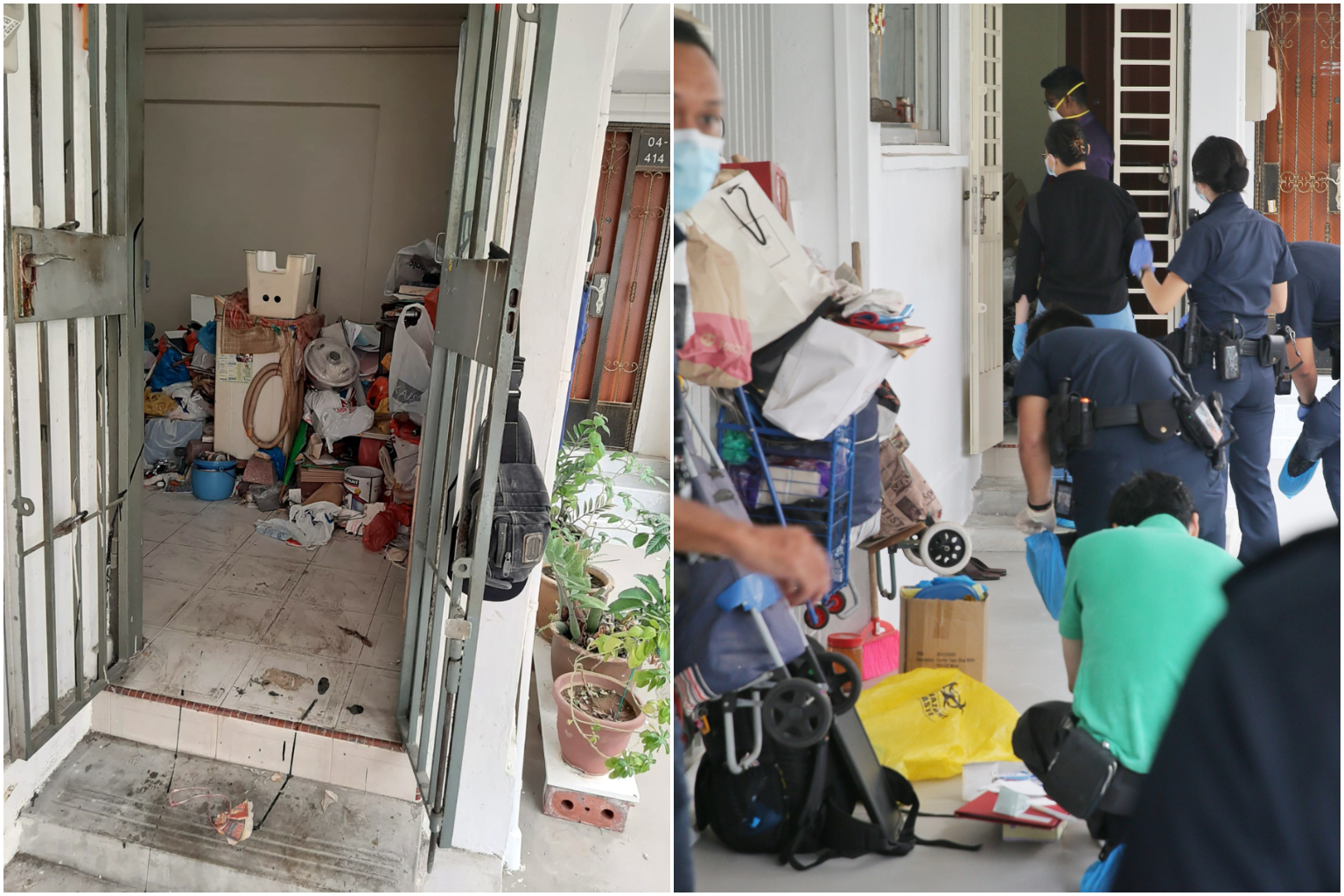 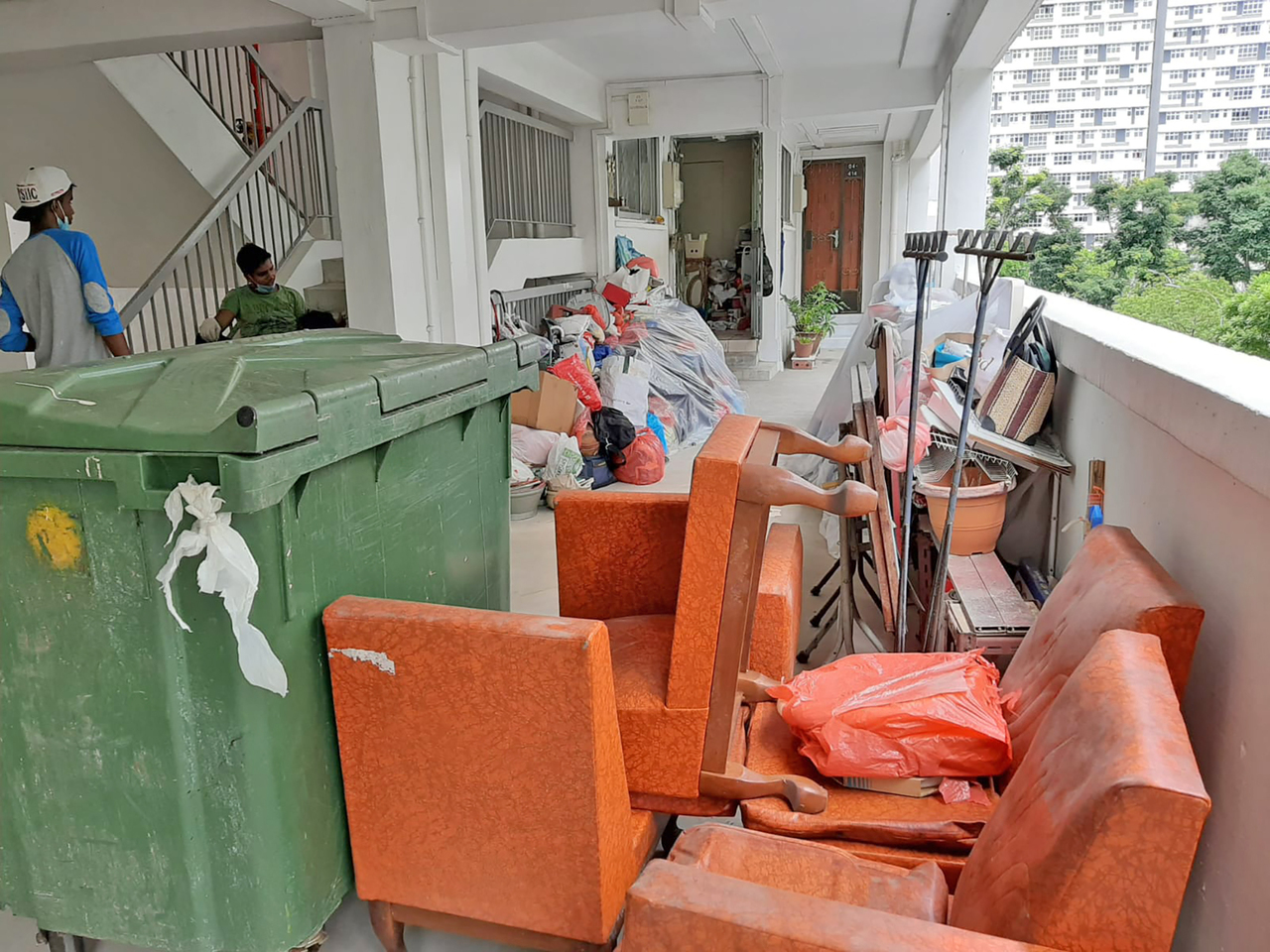 Numerous items were strewn along the corridor and all over the unit on Nov 18, 2021. PHOTO: SHIN MIN DAILY NEWS READER

Ms Nguyen, who had not noticed any foul smell in the area, said that last month, personnel from Housing Board helped the man clear items that were blocking his front door.

She said: "He would bring two, three bags of things home. He would put them by the corridor too, and I was worried as it was a fire hazard. I told him, if it catches fire, how do we run?

"He said he would clear it, but only brought a few items into his home in the end."