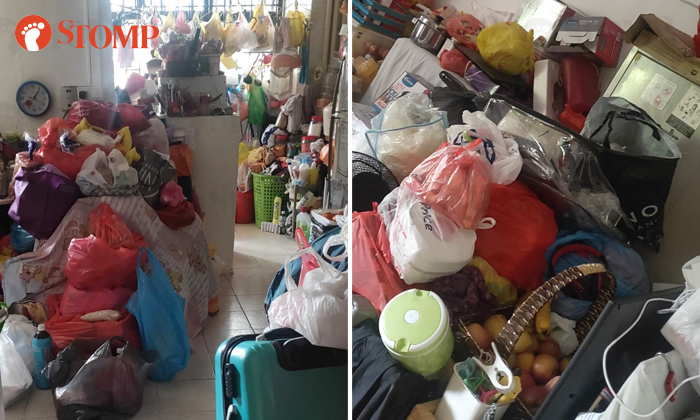 Assistance is being provided to an elderly resident who has been hoarding items in her unit and along the common corridor at Block 3 Telok Blangah Crescent, said the town council.

A Stomper shared photos of the clutter along the third-floor corridor of the block that were taken in September. 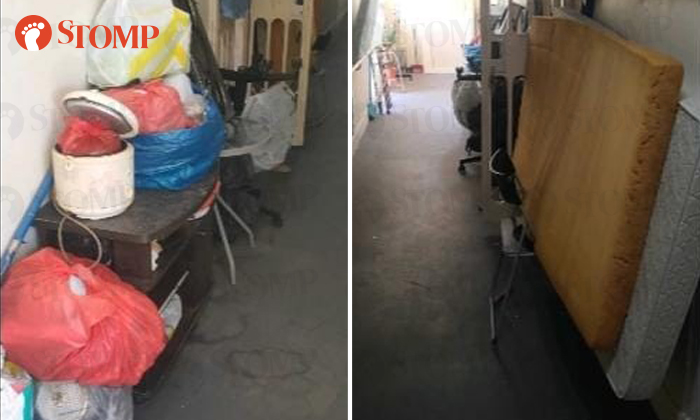 The Stomper also submitted pictures taken on December 5, showing the elderly resident's unit filled with heaps and heaps of items.

He said: "The door was left open so I decided to snap pictures from outside as my concern is the safety of the elderly resident staying there.

"All of these items inside and outside the flat are fire hazards that will cause an obstruction during emergencies."

According to the Stomper, he reported the matter to the town council on September 23 and the issue was rectified — but not for long.

"Things got worse and the number of items increased," added the Stomper.

In response to a Stomp query, a spokesman for Tanjong Pagar Town Council said it is aware of the case of hoarding.

The spokesman said: "We are working with the Housing & Development Board (HDB), the Senior Activity Centre located at the block, and grassroots leaders to help the elderly lady clear her hoarded items.

"We have reminded the lady to remove her items at the common corridor."

The elderly resident has also been informed that a conservancy contractor will assist her to remove the items if she is unable to do so by the given deadline.

The spokesman added: "We are working closely with HDB and the grassroots leaders to provide assistance to the elderly lady to help her clear the hoarded items from inside her flat."