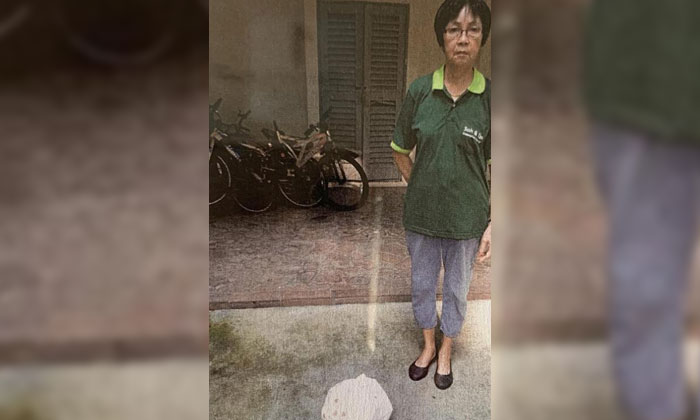 On the day that Parliament discussed the issue of killer litter, a cleaner was hit by a bag of rubbish thrown from height at Braddell View.

The incident happened on Sept 2 while Ms Phang Aik Kam, 70, was cleaning the area near the bicycle racks at the 25-storey Block 10D.

She said that she had just started her shift at about 8am when she suddenly felt something hit her shoulder.

The cleaner, who has worked at Braddell View for about two years, then saw a white plastic bag on the ground.

"Luckily, there was nothing hard in the bag, it was just food waste," she told The New Paper in Mandarin yesterday.

"But I got a shock when it hit my shoulder and crashed loudly on the ground."

She said that while she was lucky to escape unhurt, she was concerned because she had seen rubbish being thrown from height in the estate.

Later that day, Parliament discussed the issue of litter thrown from high-rise buildings following an incident at the Spottiswoode 18 condominium, where a 73-year-old man died after being hit by a wine bottle thrown from height on Aug 18.

Australian Andrew Gosling, 47, was subsequently charged with causing death by performing a rash act. If convicted, he can be jailed for up to five years and fined.

It was also revealed in Parliament that at least 2,300 cases of high-rise littering occur here every year.

Ms Phang said she reported the incident to her supervisor, who then informed the condominium's management office.

In circulars put up in the lift lobby area of the blocks in the estate, the management said a police report had been made over the incident.

The police confirmed that they were alerted to a case of rash act at Block 10D Braddell View at 10.44am on Sept 2. Investigations are ongoing.

A resident who lives in Block 10D said that she saw a police officer speaking to Ms Phang that afternoon.

Most residents interviewed by TNP were surprised and worried by the incident.

Several said they would be more mindful from now on but felt not much can be done to avoid being hit if someone were to throw litter from height.

An 83-year-old retiree said he will make it a point to be more aware of his surroundings and look up to check from time to time.

Another retiree, Ms Lily Wee, 68, expressed concern for the safety of children, who often play outdoors and may not notice falling rubbish.

She said: "I will now try to stay under shelter as much as I can, and walk faster when I am in open areas."

Ms Phang said she will also be more careful while working and keep to sheltered areas as much as possible.

When TNP reporters were at the lift lobby of Block 10D yesterday at noon, an empty milk carton came sailing down from one of the units above.

When contacted by TNP, the Braddell View management declined to comment.

First-time offenders of high-rise littering can be fined up to $2,000 for each offence, while recalcitrant offenders face fines of up to $10,000 or Corrective Work Order in addition to, or in lieu of, a fine on conviction.