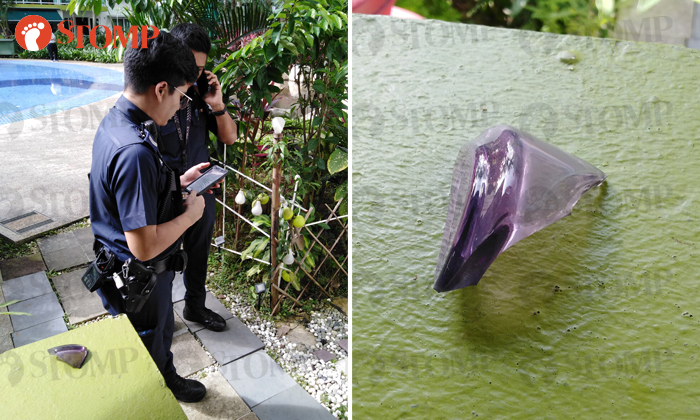 A condominium resident in Choa Chu Kang has been plagued by killer litter this year, where various dangerous objects would land in his home.

Stomper Raymond, who lives at The Warren condominium located along 55 Choa Chu Kang Loop, said a vase first fell into his house earlier this year.

Last month in November, a potted plant fell through the awning in Raymond's patio, leading him to call the police.

Photos that he shared with Stomp in a Nov 28 article show the potted plant, which Raymond estimated to be about 15cm to 17cm, smashed into pieces in his home.

That was not the end of the Stomper's troubles, however.

Last Friday (Dec 14), Raymond was at home when once again, he heard a sound from his patio.

He said: "I heard something hitting my awning at around 9.45am and went out to check."

Raymond discovered that the culprit was a piece of glass measuring around 5cm-long, which he believes was from a mug. 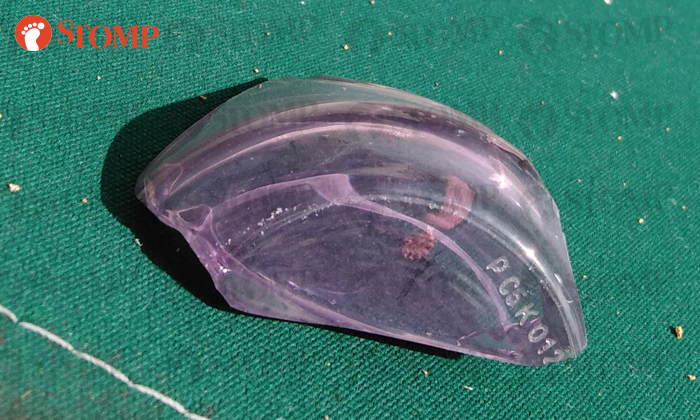 He then placed the glass shard on a ledge and took photos, as well as called the police.