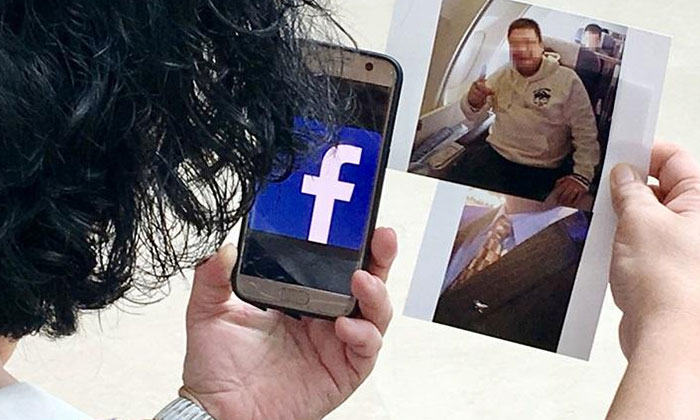 A 60-year-old female physiotherapist met the love of her life online, who turned out to be a conman, and cheated her of S$24,000.

Reporters got in touch with the victim with the assistance of the Crime Library.

The victim said that she got to know the conman, who identified himself as 59-year-old Calvin, an engineer from Australia, on facebook in August 2016, reports Shin Min Daily News via Lianhe Zaobao.

“He claimed that he was an engineer at an offshore oil rig in Australia.

“‘Calvin’ also said that his father left him a sizeable inheritance back in Sabah, Malaysia.

“He then asked for my number and we started chatting on WhatsApp.

“Later on, he said that he needed some money for a procedure to receive the inheritance, so I lent him S$560.”

However, things did not stop there.

‘Calvin’ then asked the victim for S$80,000, claiming that he needed the money for a real estate transference deal.

“He told me that he would marry me and return me the money after he got his inheritance, but I kept waiting, and he continued asking for money time and again.

“He didn’t even thank me and took everything for granted.

“I transferred him money eight times, but he did not keep the end of our bargain, even after all my savings were drained.”

The victim said after that she ‘regained her senses’ and lodged a police report:

“I decided to stand up and testify against him, so that others won’t suffer the same fate as me.”

Police confirmed that they received a report and the case is currently under investigation.

Related Stories
Love conman cheats single S'porean mother with 3 children out of $140K
Man who acted to be in love with cleaner and cheated her out of $57,000 gets 20 months' jail
Malaysian businessman drives 2,500 km to get back $120k from Thai wife who scammed him
More About:
conman
love
scam
tragic