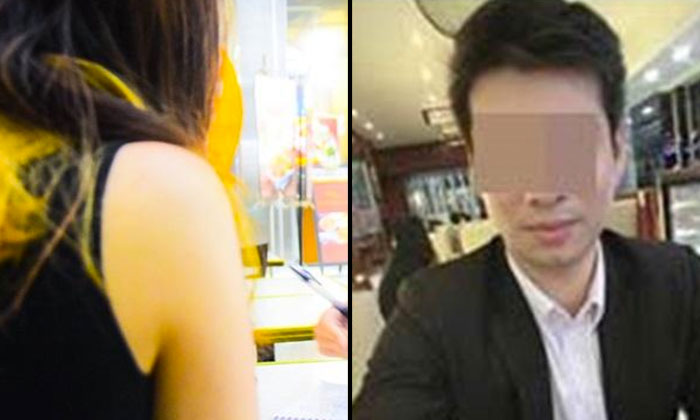 A single mother with three children was conned out of $140,000 by a love conman.

The 39-year-old victim has since lodged a police report to both the local and Hong Kong police, reports Lianhe Wanbao.

It is reported that the victim had remained single after divorcing her husband who had cheated on her, choosing to raise their three children on her own.

Despite the marital setback, the motivated individual continued pursuing part-time studies even as she worked, finally obtaining a master’s degree.

According to the victim, she had met the conman online on April 7, 2016, through Facebook.

After chatting online for a while, they realised that they had a lot in common and exchanged contact details on Line and other messaging apps.

The conman claimed that he was a 38-year-old Taiwanese, and worked as a general manager of an accountancy firm.

In the following two weeks, the two drew closer, even addressing each other as husband and wife.

“Although we never met, and only chatted through messaging apps and the phone, I felt he was genuine and sincere.

“He also told me that he was raised by a single mother, and understood my circumstances.

“It made me very touched.”

She revealed that the conman had told her he intended to fly over to Singapore and marry her despite the short time they had known each other.

However, once the victim fell for him, the conman started showing his true colours, asking the victim to lend him money to invest in a lottery company in Macau.

She did not suspect a thing, until an accomplice who identified himself as a partner to the conman tried persuading her to invest a further $250,000 for a $800,000 reward.

It was then she realised that she had been conned.

After the incident, she lodged a police report and attempted to stop the transaction, but was too late.

She also flew to Hong Kong to bring the case up with the bank involved and the Hong Kong police.

She hopes that the The International Criminal Police Organisation (Interpol) can assist her in bringing down the syndicate responsible for the love scams.

Related Stories
My BF did not want to marry me -- so I lied to him that I was pregnant and had a miscarriage
Buyer swaps seller's original Rolex with fake during viewing, then tries to run away when confronted
Girl buys original concert tickets for $520 -- only to realise they're invalid, with money refunded to initial buyer
conman
love scam
single mother
tragic
local