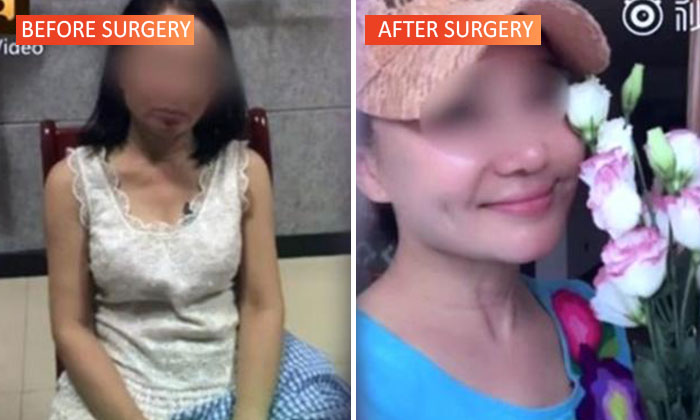 To evade her creditors, a 60-year-old woman from Wuhan, China underwent drastic cosmetic surgical procedures to “transform” into a pretty girl in her 20s.

Alas, the police managed to uncover the truth and arrested her after half a year. The woman, Zhu, was sentenced to one year and four months’ jail.

It is understood that she owes over $6 million. Most of her debts were incurred from her running of a clothing factory, reports Shin Min Daily News.

At the beginning of last year, Zhu was ordered to pay her debts by the court. However, she subsequently disappeared without a trace.

She was later found to have escaped to Shenzhen where she led a luxurious life. After getting arrested by the police, she claimed that she was broke and had to depend on her younger sister for monetary aid.

The police, however, found that she not only joined an exclusive club where members were required to pay a $40,000 entrance fee but also shared on social media photos of her going on adventures with club members.

She was also discovered to have bought several cars and transferred their ownership to her sister. The police estimated that just in 2016 alone, the woman incurred in a credit card bill up to $780,000.