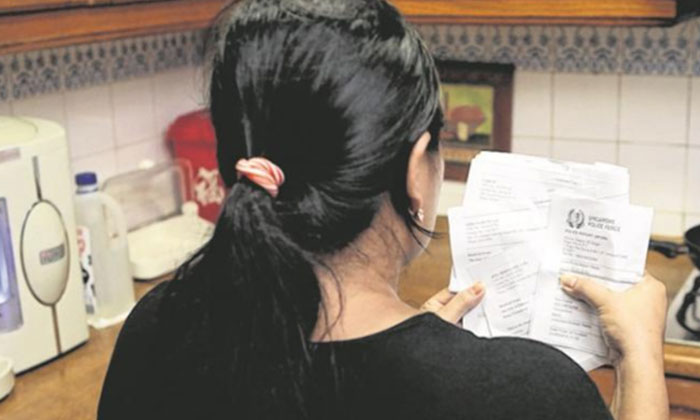 A domestic helper borrowed from five loan sharks and money lenders to finance her boyfriend who was building a house overseas, implicating her employer and the neighbours in their Pasir Ris block when she failed to pay up.

Mr Lee, 50, told Lianhe Wanbao that his maid borrowed over a few thousand dollars and he has repaid $1,000 for her.

However, the 38-year-old divorcee still has an outstanding debt of $3,400.

Another domestic helper who served as the maid’s guarantor was also dismissed by her employer as a result.

Mr Lee said that he received a harassment call from a loan shark in mid-May.

The loan shark alleged that Mr Lee’s maid had failed to return the money which she borrowed and wanted Mr Lee to pay him back $1,000 in her stead.

Mr Lee and his wife confronted the maid the same night and she confessed that she had borrowed $300 to fund her boyfriend's construction efforts in Indonesia.

However, her boyfriend later became uncontactable and the loan sharks told her that she incurred in debts more than $1,000.

Worried about the safety of his four sons — 18, 16, 15 and 4 years old — Mr Lee and his wife immediately brought the maid to lodge a report at a police station.

In the process, the maid also admitted to borrowing from five loan sharks.

A few days later, another loan shark called Mr Lee on the phone and said that the maid owed him two debts which added up to $1,600.

This was followed by a call from a licensed moneylender.

Mr Lee and his wife then called several moneylenders and found out that the maid had borrowed $1,800 in total from five moneylenders as well.

The couple has repaid $1,000 to three of these establishments.

A neighbour from the same Housing and Development Board (HDB) block subsequently paid a visit to Mr Lee’s flat, alleging that Mr Lee’s maid made his maid a guarantor when she borrowed money.

“At that time, my wife and I were not in, and our eldest son answered the door.

“It was a neighbour and he was looking for our maid.

“When he saw her, he immediately started shouting at her. He told my son that my maid made his maid her guarantor and he was now harassed by the loan sharks too.

“He said he had to dismiss his maid as a result.”

In addition, Mr Lee said that another neighbour living on the same floor informed him that he received a harassment call from a loan shark.

Mr Lee said that he was apologetic towards his neighbours and has explained the situation to them.

In response to media queries, the police confirmed the incident and said that investigations are ongoing.