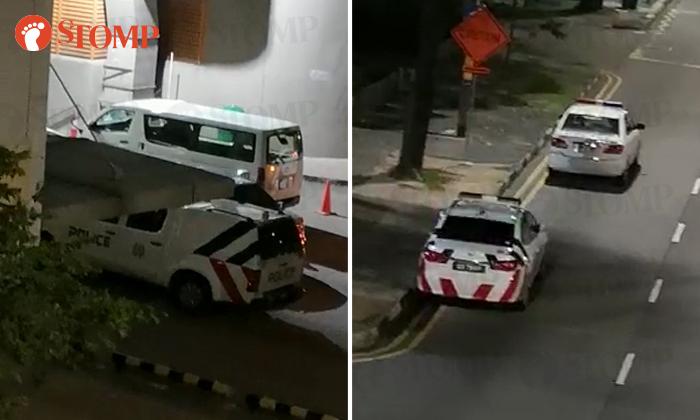 A group of ten people are being investigated for breaching safe distancing measures after police found them gathering at Golden Mile Tower last Thursday night (June 11).

The group consists of six Singaporean men, aged between 32 and 57, as well as four women of Thai nationality, aged between 27 and 33.

In response to Stomp queries, police said they received a call for assistance from a member of the public at 9.47pm on Thursday, about a group of people gathered at 6001 Beach Road.

"When police officers arrived, they found six Singaporean men and four women of Thai nationality sitting together and drinking inside a unit at the reported location," the police told Stomp.

"They were advised by the police officers to adhere to the measures and left the area thereafter."

The group will be investigated for breaching safe distancing measures under the COVID-19 (Temporary Measures)(Control Order) Regulations 2020, added the police.

According to The New Paper, the unit involved is not a KTV pub.

Lianhe Wanbao reported that the unit, which is located in a secluded part of the building, had posters and papers plastered on the door.

A shopkeeper, who runs a shop in the vicinity, told Wanbao that there have been people going in and out of the unit recently, adding: "I found it very odd as I could hear them carrying bowls and plates to the toilet to wash."