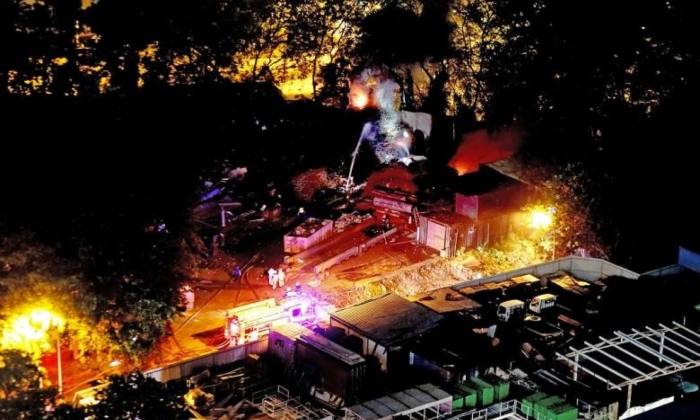 A man died after suffering severe burns from a fire at a scrap metal factory in Mandai last week.

Mr Wang Hai Tao, 50, was injured in the fire at 228A Mandai Estate last Thursday and was rushed to Ng Teng Fong General Hospital by the Singapore Civil Defence Force (SCDF).

But after fighting for his life for three days, the Chinese national died on Sunday afternoon.

SCDF said it was alerted at around 7.10pm. The fire involved a pile of scrap metal measuring about 20m by 20m and was extinguished using four water jets.

The factory is the site of World Metal Industries, which is a general waste disposal facility.

The managing director of the company, identified only as a Mr Luo, confirmed with Chinese evening daily Lianhe Wanbao that Mr Wang was an employee.

Mr Luo said he regretted the death of Mr Wang and that the company arranged for his friends and family to say goodbye to him.

"During his hospitalisation, we arranged for him to video call his family in China every day till his last breath," he told Wanbao.

"His colleagues and friends here were also given the opportunity to say their goodbyes."

Mr Luo described Mr Wang as a good employee and colleague, who was also a responsible father.

He added that the company will be making funeral arrangements with the family.