5 taken to hospital after 2 cars collide along CTE 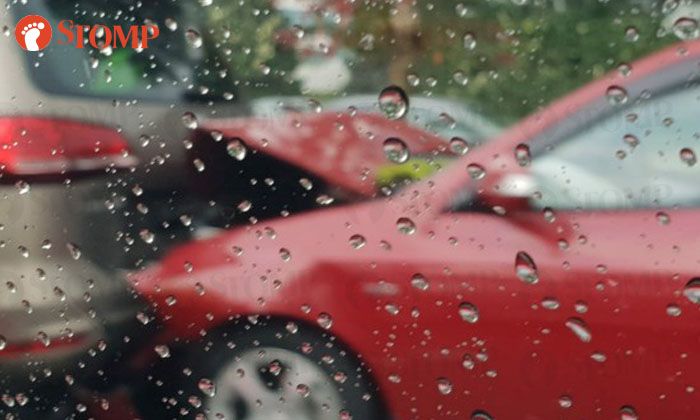 Five people were taken to hospital after being involved in an accident on Oct 6 at 1.16pm along the Central Expressway (CTE) towards city, just after exiting Ang Mo Kio Avenue 5.

Stomp understands that the driver, a 36-year-old male, did not have time to brake because the car in front of him stopped abruptly, causing the two cars to collide.

A Stomper, who was travelling on the expressway, saw the accident and sent us the photos.

According to the police, the male driver and four passengers, aged between 13 and 63, sustained minor injuries.

In response to a Stomp query, the police said: "A 36-year-old male driver and four passengers, aged between 13 and 63, were conscious when conveyed to Sengkang General Hospital and Kandang Kerbau Hospital respectively."

Related Stories
Trailer overturns on slip road along BKE
Car flips over during accident with another vehicle in Woodlands, 2 taken to hospital
Police officer who fell asleep at the wheel, crashed van and injured fellow officer gets jailed
More About:
accident
car
CTE