Car flips over during accident with another vehicle in Woodlands, 2 taken to hospital 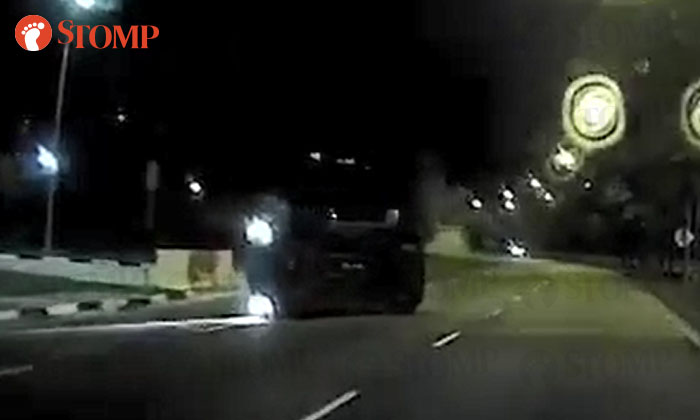 A car flipped over after colliding with another car along Woodlands Avenue 12 towards Gambas Avenue on Oct 6 at 12.56am.

Stomper Vivien sent us a video of her father's in-car camera which recorded the accident as it happened.

A car that seems to be turning left, had hit another car going straight.

The car going straight flipped as a result of the impact.

In response to a Stomp query, the police said: "On Oct 6 at 1.13am, the police were alerted to a car accident involving two cars along Woodlands Avenue 12 towards Gambas Avenue.

"One of the drivers, a 54-year-old man, and his passenger, a 59-year-old woman, were conscious when conveyed to Khoo Teck Puat Hospital."