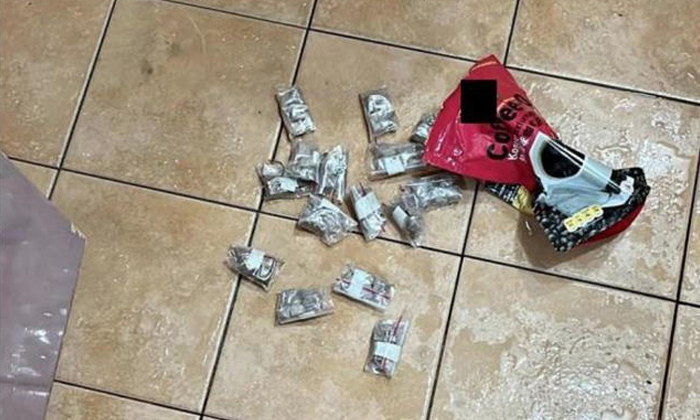 Almost 1kg of heroin was found hidden in coffee packets on Wednesday (Jan 5), in the latest drug bust by the Central Narcotics Bureau (CNB).

Five Singaporeans, all in their 60s, have been arrested for suspected drug trafficking activities.

In the early hours of Wednesday morning, CNB officers arrested a 61-year-old man in Tampines Street 22, seizing from him 17 packets and one straw containing a total of 132g of heroin.

He was taken to his residential unit in Choa Chu Kang, where another 6g of heroin was found and seized.

A follow-up operation the same morning at a unit in North Bridge Road led to the arrest of three men aged 63 to 65 and a 65-year-old woman.

A total of 100 packets and 10 straws containing 794g of heroin were seized from the unit, along with another 5g of Ice.

The seized drugs from the operations have an estimated street value of about $66,000, said CNB.

The amount of heroin alone is estimated to be able to feed the addiction of about 440 abusers for a week.

Investigations into the drug activities of the arrested suspects are ongoing.