5 men arrested for rioting with deadly weapon at Orchard Road 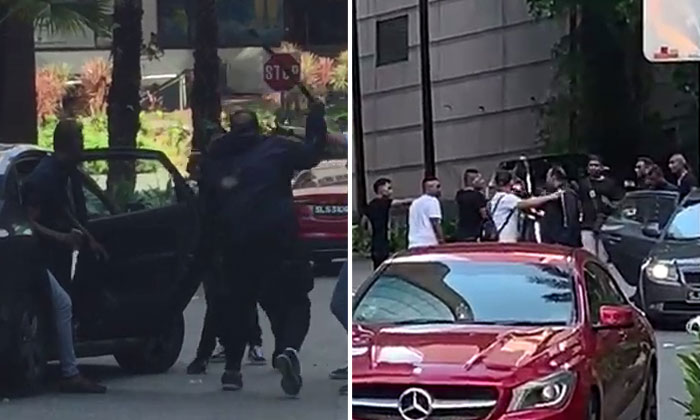 Five men, aged between 26 and 39, were arrested after a riot involving weapons broke out at Orchard Road on Apr 6.

Several Stompers alerted Stomp to videos of the brawl that have been circulating on social media.

In one of the clips, a man can be seen wielding a metal rod and swinging it at the other men.

Another man is seen stepping out of a car with a knife in his right hand.

The police said in a statement on Friday (Apr 12), that they were alerted to the fight along Orchard Road on Apr 6 at about 9.20am.

"Upon arrival, the police arrested two men, aged 26 and 35, at the scene," the police said.

Officers from the Criminal Investigation Department and Tanglin Police Division established the identities of the remaining three men and arrested them subsequently.

The case has been classified as rioting with deadly weapon.

The maximum punishment for rioting with a deadly weapon is 10 years' jail, and the offender may also be caned.

The statement added: "The police are committed to keeping Singapore safe, and we will spare no efforts to ensure that offenders are brought to justice and face the full brunt of the law."