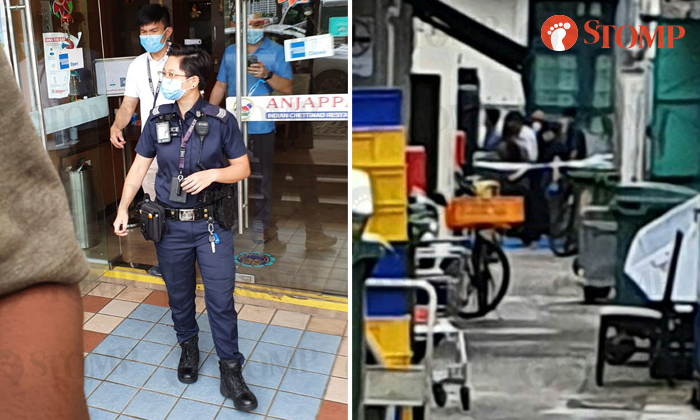 A 49-year-old man was found dead in the vicinity of a restaurant in Little India on Tuesday morning (Nov 3).

Stomp understands that the man was discovered near the rear entrance of Anjappar Indian Restaurant along 76 Race Course Road, where the back alley is.

He had wounds on his upper body which were believed to have been inflicted with a sharp object that was found at the scene.

In response to Stomp queries, the police said they received a call for assistance at a unit along Race Course Road at 10.32am.

"A 49-year-old man was found lying motionless at the said location and was pronounced dead at scene by a paramedic," the police added.

The Singapore Civil Defence Force confirmed that it received a call for assistance at around 10.35am and pronounced one person dead on scene.

Stomper Anonymous, who sent photos of the scene, said that he was at another restaurant in the area when he noticed a commotion. 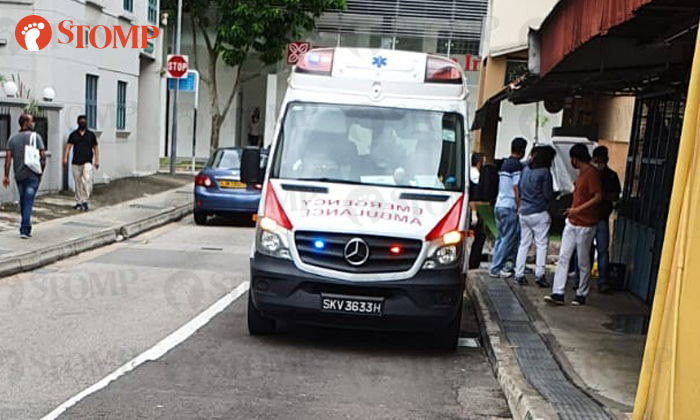 He told Stomp: "I suddenly heard police cars and the ambulance rushing over there. When I went outside, I saw a lot of officers from the Criminal Investigation Department (CID) too.

"The officers and paramedics were rushing in and out the restaurant.

"However, I couldn't go any nearer as the police had cordoned off the scene and we were asked to move away from there."