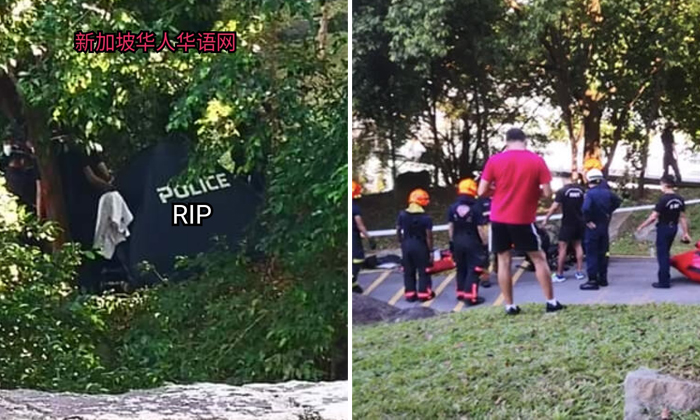 A 65-year-old man was pronounced dead after his body was found and retrieved from the waters of Pang Sua Pond in the wee hours of Wednesday (Sep 9).

The police received a call for assistance at 101 Bukit Panjang Road at 5.02am, they told Stomp in response to queries.

The Singapore Civil Defence Force (SCDF), who received a call for water rescue assistance at around 5.05am, saw no sign of the man upon arriving at the scene.

"Divers from the Disaster Assistance and Rescue Team (DART) were deployed to perform an underwater search," said an SCDF spokesman.

The divers subsequently retrieved a body approximately 30 meters from the shore.

The man was pronounced dead on scene by an SCDF paramedic.

A video and photos posted on Facebook show SCDF and police officers at the scene. A police tent can also be spotted.