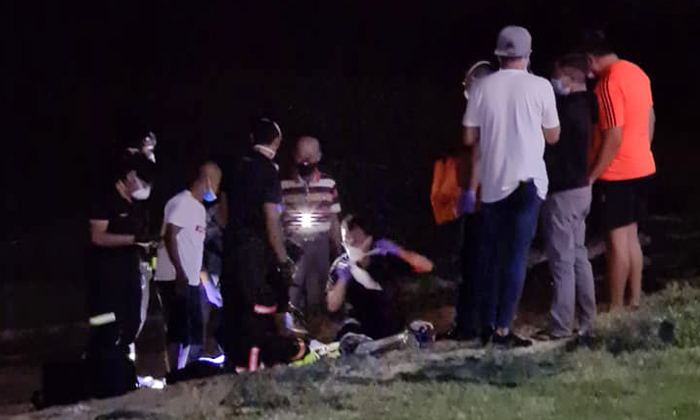 The body of a 53-year-old man was found in the waters of East Coast Park on Sunday (Oct 11).

In response to a Stomp query, the police said they were alerted to a case of suspected drowning near carpark F3 of East Coast Park at around 2.10pm.

The Singapore Civil Defence Force (SCDF), who received a call for water rescue assistance at around 2.15pm, said it immediately conducted search operations for a missing person.

The SCDF deployed firefighters to conduct a visual search from the shore while divers from the elite Disaster Assistance and Rescue Team (DART) conducted an underwater search at the area the person was last seen.

SCDF's marine firefighters on board a Rapid Response Fire Vessel also plied the nearby area to conduct a surface search.

At around 7.15pm, the SCDF received a call that a body was found floating. The body of a 53-year-old man was subsequently retrieved from the waters.

The spokesman added: "An SCDF ambulance was dispatched and a paramedic pronounced a male person dead at scene."

Facebook user Eric Leong shared photos that were taken at the scene at around 7pm and said the man's family was seen crying.