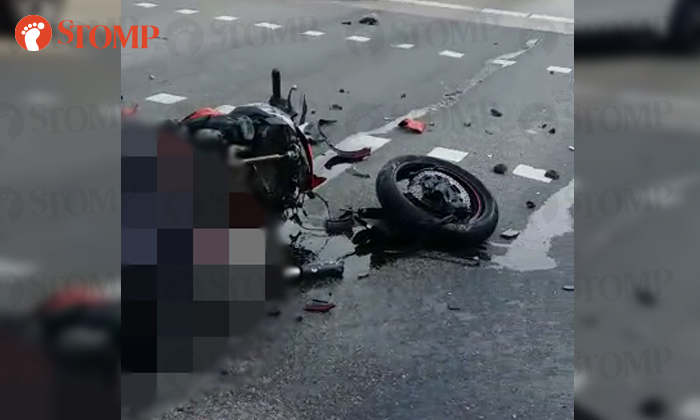 In response to a Stomp query, the police said they were alerted to the accident at 5.14pm.

The motorcyclist was pronounced dead by paramedics at the scene.

A video circulating on social media, which Stomper Edros sent to Stomp, shows the man and his motorcycle lying on the road.

A dislodged tyre can be seen and debris was strewn across the road.

In a separate incident on the same day, a 70-year-old motorcyclist died after an accident involving a bus and lorry at around 6am.

The bus driver, a 46-year-old man, was arrested for causing death by negligent act.