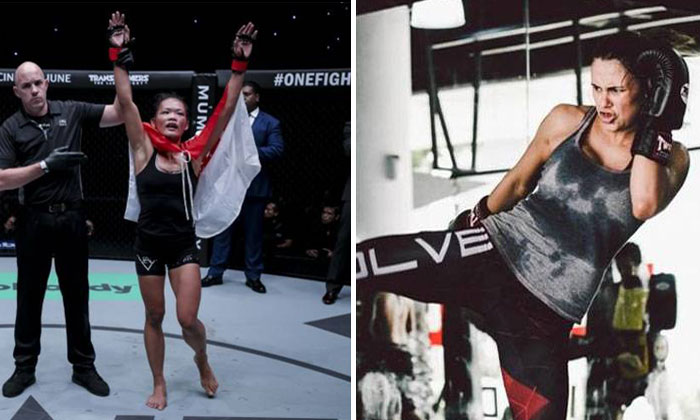 On Nov 9, Singapore’s Tiffany "No Chill" Teo will make her return to the cage after a 10-month break at ONE: HEART OF THE LION inside the Singapore Indoor Stadium.

The 28-year-old will face an incredible test right away as she takes on Brazilian jiu-jitsu legend Michelle Nicolini – who is a third-degree BJJ black belt, eight-time BJJ World Champion, IBJJF Hall of Famer, multiple-time ADCC World Champion, and World No-Gi Champion, among other accomplishments.

Though Teo is younger in her martial arts career than the 36-year-old, she has more experience in the cage, and has plenty of tools to spoil the Brazilian’s evening.

Teo will make her return in front of her home crowd, which should work in her favour.

Having the raucous Singaporean crowd cheering her on gives the Team Highlight Reel product a boost in the cage, and she is undefeated in the Lion City so far in her career.

She also has the advantage of competing just a short drive from the Singapore Indoor Stadium, meaning she will not have any disruption to her preparation through any of the discomforts of travel.

That means she should be relaxed and in peak condition when the first bell sounds.

Though Teo's undefeated streak of seven career victories was snapped by Xiong Jing Nan, she showed her unyielding warrior spirit in that bout.

No matter the damage she absorbed and the disparity on the judges' scorecards, she kept coming at her Chinese opponent until she was forced to stop by the referee.

That same hunger and fire that should help to see her through any difficult spots against Nicolini.

Nicolini may have a clear path to victory on the ground, but Teo is undoubtedly more comfortable on her feet.

A Singapore boxing champion, she is capable of dealing damage with her punches.

"No Chill" has also expanded her stand-up arsenal with a varied kicking game, as well as the capability to land hard knees in the clinch.

4. An evolution and rebirth

Teo's break has given her the opportunity to re-evaluate and improve the areas of her game that needed to be worked on.

She also has had plenty of time to heal up any lingering injuries to ensure she will be firing on all cylinders at ONE: HEART OF THE LION.

She is looking to show a 'new' version of herself when she returns to the cage, which could mean that she has some new tricks under her sleeve that could catch her opponent by surprise.

Related Stories
Female fighter proves why you shouldn't let your man tell you not to fight
Tiffany Teo reconnected with herself after her first loss
Check out 23-year-old Amir Khan's fastest knockouts of his career inside the ONE cage
More About:
ONE Championship
mma