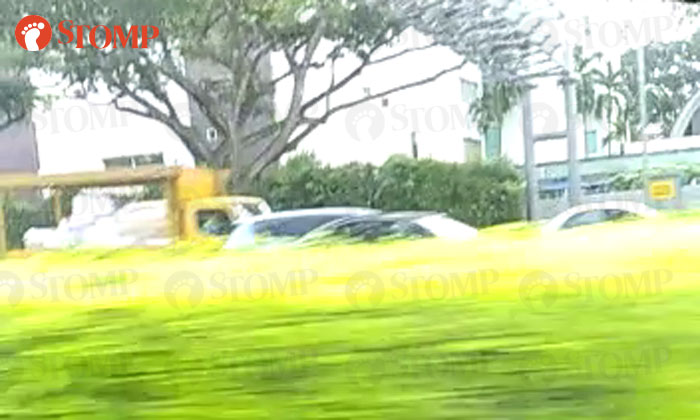 Two men and two women were taken to hospital after a chain collision occurred on the Central Expressway (CTE) on Thursday morning (June 14).

Stomper Terence was travelling in the opposite direction on the expressway when he took a video of the scene on the other side.

"An accident occurred on the CTE near the Orchard Road exit," said the Stomper.

"There was a five-car pile-up, I saw a white car sandwiched after it had been smashed in the front and back."

He added that the accident caused a heavy jam.

In response to Stomp's media queries, a police spokesman said they were alerted to the accident at 8.49am.

"The police were alerted to an accident involving five cars along the CTE towards the Ayer Rajah Expressway (AYE)," said the spokesman.

"Two men and two women, aged between 27 and 50, were conscious when conveyed to Tan Tock Seng Hospital."