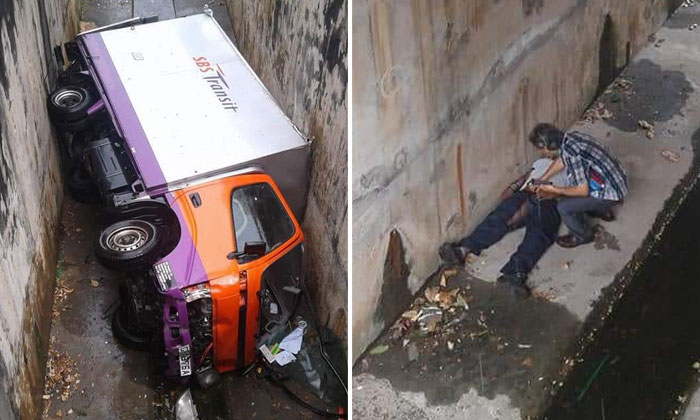 Two men were taken to hospital after the lorry they were in crashed into a drain along Bedok North Avenue 4 towards Changi South Lane today (June 13).

Several Stompers alerted Stomp to the accident and shared photos taken at the scene that had been circulating online.

The photos showed the SBS Transit lorry lying on its side in the drain.

A man is seen in one of the photos lying at the bottom of the drain as another man stands over him. 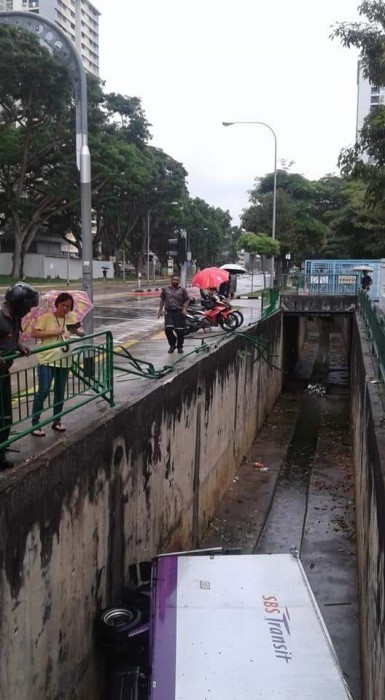 Part of the railing lining the drain, presumably where the lorry had crashed through, was badly mangled.

In response to Stomp media queries, a police spokesman said that they were alerted to the accident at about 12.27pm.

"The driver, a 57-year-old man and the passenger, a 29-year-old man were both conscious when conveyed to Changi General Hospital," the spokesman said.

Ms Tammy Tan, Senior Vice President of Corporate Communications at SBS Transit, told Stomp: "The two persons on board our staff vehicle have been conveyed to hospital for treatment.

"We are investigating the incident and are thankful no one else was injured as a result."