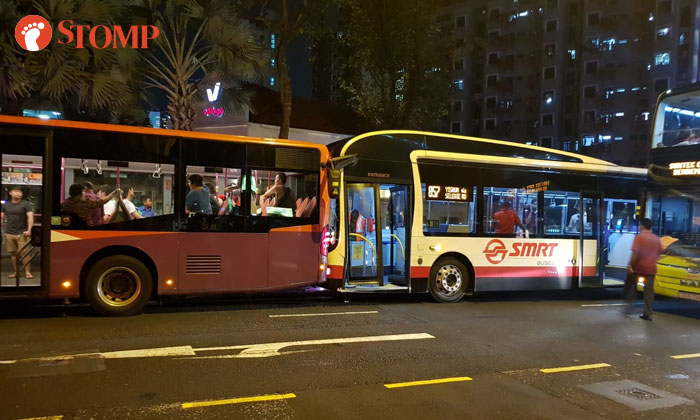 Eleven people were injured after an accident involving two buses occurred at the junction of Selegie Road and Mackenzie Road on Friday (June 8) close to 10pm.

Stompers Uvaraju and Mazlan were at the scene and shared photos and a video of the incident.

In a video contributed by Mazlan, Singapore Civil Defence Force (SCDF) officers are seen arriving at the scene.

In response to Stomp media queries, a police spokesman said that they were alerted to the accident at 9.50pm.

An SCDF spokesman told Stomp that another nine people had minor injuries but declined to be taken to hospital.