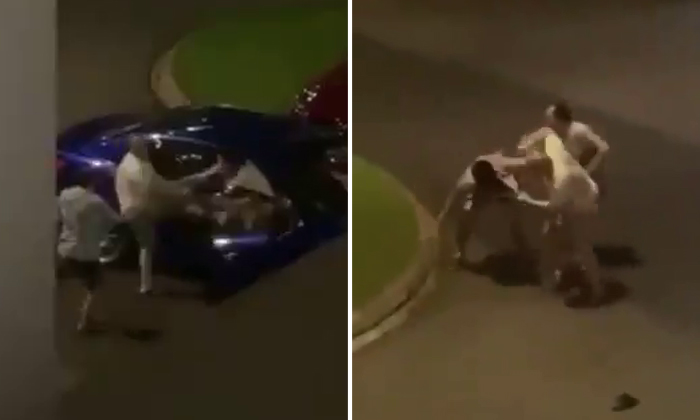 Three men were arrested after being caught on camera in a violent altercation on Saturday (Dec 21).

In response to a Stomp query, the police said they were alerted to a call for assistance at Block 120 Teck Whye Lane at 7.42pm.

"Two men, aged 30 and 35, were arrested for affray, while a 65-year-old man was arrested for criminal intimidation," a police spokesman told Stomp.

The 35-year-old man was later taken to Ng Teng Fong General Hospital in a conscious state.

A video titled "boxing match @ Teck Whye" was posted on Facebook on the same evening, where it has since garnered over 1,200 shares.

In the video, three men can be seen exchanging blows and hurling vulgarities at a carpark while people are heard screaming in the background.

The dispute appeared to involve two men against one guy.

A woman is later seen rushing up to intervene by trying to push one man away from the scene.

Related Stories
2 men arrested after messy fight breaks out at Jewel Changi Airport
5 arrested after men use chairs to hit one another in Geylang brawl
Fight between 2 men at Canberra coffee shop ends in them removing shirts and getting arrested
More About:
fight
dispute
arrest