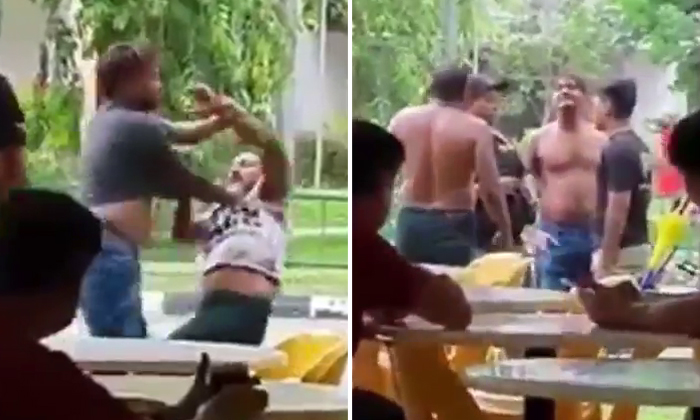 Two men were arrested over a fight that broke out at a coffee shop in Sembawang last Friday afternoon (Nov 1).

Responding to a Stomp query, the police said they were alerted to a case of affray at Block 105 Canberra Street at 3.44pm.

In a 3.5-minute video that has been circulating on Facebook, two men can be seen in a dispute outside the coffee shop.

One of them then shoves the other man in the chest, causing the latter to swing a punch at his face.

The two guys are seen tussling with each other as onlookers try to separate them.

At some point, both of them remove their shirts and can be seen topless.

The fight is eventually broken up and one of the men appears to be physically restrained by someone else. 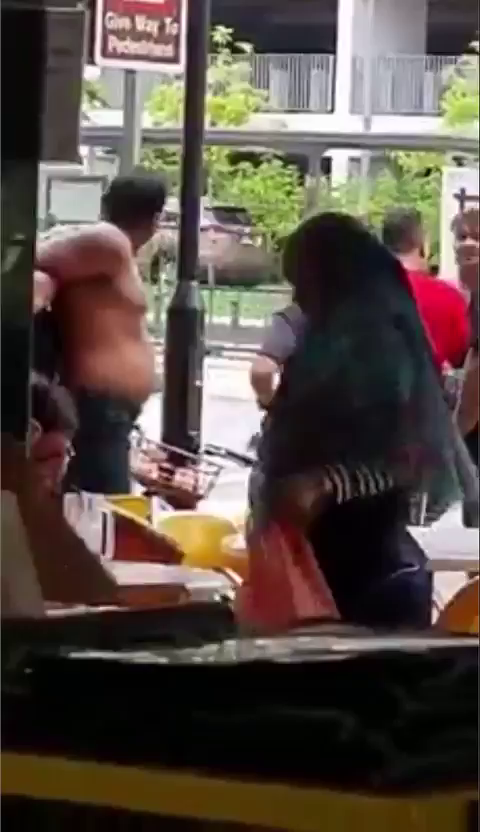 The police told Stomp that two men, aged 29 and 47, were conscious when taken to Khoo Teck Puat Hospital. They were subsequently arrested in relation to the case.