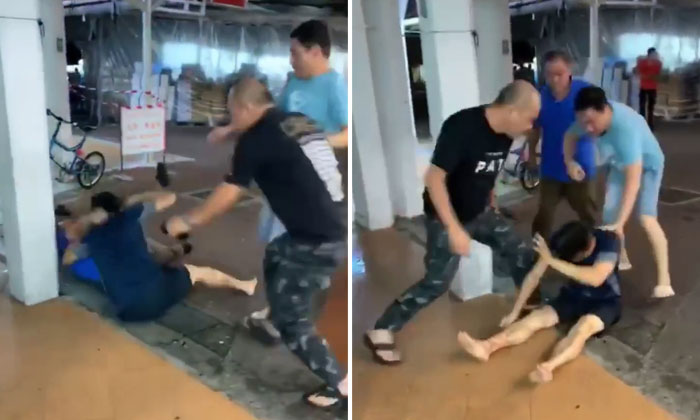 Three men were arrested for affray after a fight broke out at a coffee shop at Block 157 Bukit Batok Street 11 on Friday night (June 19).

Several Stompers alerted Stomp to videos of the incident that have been circulating online.

In the footage, bottles and glasses are sent flying in the scuffle.

Three men are seen pummeling another man who is barefoot and people are heard hurling vulgarities repeatedly throughout the video.

Towards the end of the fight, a woman is heard shouting at the men to stop.

Police officers and paramedics are eventually seen arriving at the scene.

In response to a Stomp query, the police said they received a call for assistance at 10.38pm.

Three Singaporean men, aged between 48 and 50, were arrested for affray," a police spokesman said.

The three men will also be investigated for possible breaches of safe distancing measures under the Covid-19 (Temporary Measures) (Control Order) Regulations 2020.