3 men arrested, 2 to be charged for carrying offensive weapons in public after attack at Madras Street 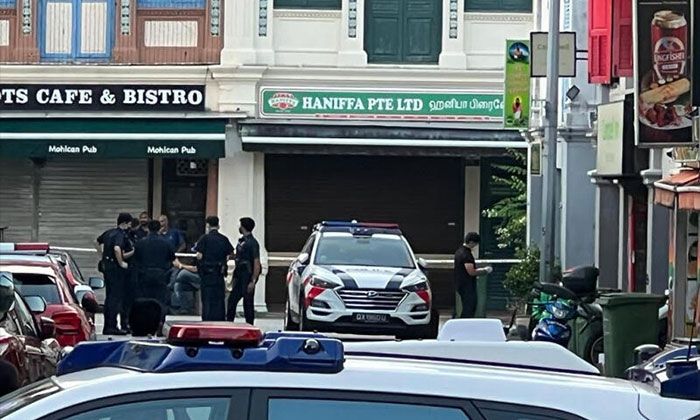 Three men have been arrested for their suspected involvement in an assault case, and two of them will be charged in court for carrying offensive weapons in public places on Saturday (May 21).

In a statement on Friday, the police said it was alerted to a case of assault in Madras Street on Thursday and found an individual who had suffered lacerations. The man who initially rejected a visit to the hospital, later sought treatment in hospital and was discharged.

Officers from the Central Division established the identities of the three suspects, aged between 29 and 42, and arrested them on Thursday. Another 43-year-old man was arrested for his suspected involvement in harbouring one of the three who was arrested.

The offence of carrying offensive weapons in public places is punishable by a jail term of up to three years and at least six strokes of the cane.

Commander of Central Division, Assistant Commissioner of Police Jeremy Ang Boon Sheng, said: "The police take a serious view of violent offences committed in public and will hunt down the perpetrators relentlessly.

"We will spare no effort to ensure that such criminals who endanger the public's sense of safety and security are dealt with firmly and to the fullest extent of the law.

"We also do not tolerate acts of harbouring offenders in a bid to obstruct the administration of justice, and those who do so will face the consequences under the law as well."