Man who asked hitmen to attack 2 victims in unrelated incidents gets jail, fine 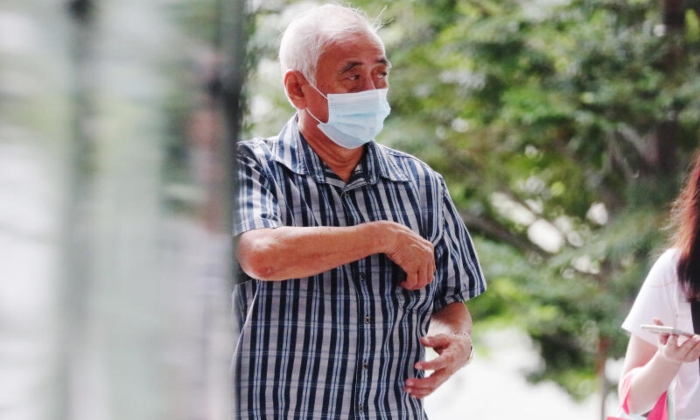 Shaffiq Alkhatib
The Straits Times
May 9, 2022

He engaged hitmen on behalf of others to attack two men in unrelated incidents.

The hitmen carried out the orders and one of the victims was left with a fractured nasal bone. The other victim suffered injuries including multiple bruises on his limbs.

He pleaded guilty to his roles in the two assault cases and an unrelated charge linked to unlawful gambling activities.

In October 2019, a man identified as Ho Soo Foong, 64, met Khoo in Toa Payoh and told him he was enraged as either his daughter or his friend's daughter was having an affair with one Mr Chan Soo Sen, 65.

Deputy public prosecutors Sean Teh and Deborah Lee stated in court documents: "Ho told the accused that he wanted to teach Chan a lesson by getting someone to assault him and offered a five-figure sum of money for the job.

"The accused agreed to find someone to conduct the job. At this time, Ho suspected that his wife was having an affair with Chan but did not reveal this to the accused as he was embarrassed."

The court heard that Ali then roped in Muhammad Raimi Saharudin, 30. On Dec 26, 2019, Ali called Raimi and told him to go to Pasir Panjang Road.

The prosecutors said: "Raimi rushed to the incident location on a motorcycle and waited for Chan to alight from a bus. Raimi had brought a wooden stick along with him. At about 11.55pm, Chan alighted from (a bus)... Raimi recognised Chan from (a) photograph provided by Ali.

"Raimi approached Chan and threw a packet of reddish orange powder at him, before hitting him on his back with the wooden stick several times. Chan fell to the ground as a result."

After that, Raimi rode away, the court heard.

Nursing multiple bruises, Mr Chan went to the National University Hospital. He made a police report on Dec 27, 2019.

"Ho did not hand over the remaining $5,000 as he was unhappy that the police had commenced investigations against him," said the DPPs.

In an unrelated incident, a man identified as Low Eng Pah, 61, met up with Khoo, who was his friend, and told the latter about his dispute with one Mr Melvin Tan Keng Meng, 44, over matters involving alleged gambling winnings. Court documents do not disclose details about the dispute.

Khoo then suggested hiring someone to assault Mr Tan to "teach him a lesson".

Low agreed and promised to give Khoo 40 per cent of the alleged gambling winnings.

Hussain agreed to be part of the attack and three other men were later roped in, the court heard.

Mr Tan was sitting alone near a Toa Payoh coffee shop at around 4.30pm on Feb 24, 2020, when two of the men assaulted him before fleeing the scene.

Mr Tan went to Sengkang General Hospital and x-rays revealed he had a fractured nasal bone.

To date, offenders including Low, Hussain and Raimi have already been dealt with in court. Ali's case is still pending.

Khoo was finally caught in March 2020 when officers from the Criminal Investigation Department arrested him for offences linked to unlawful gambling activities.