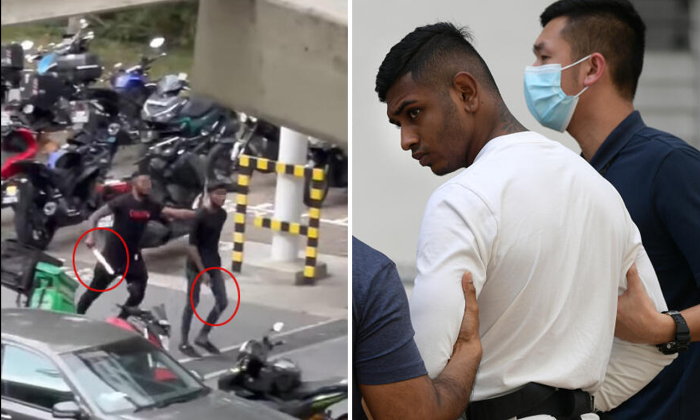 The youths accused of slashing two men at a carpark in Boon Lay Drive on April 6 are now accused of being members of a secret society.

On Monday (April 25), each of them was handed two charges under the Societies Act.

Muhammad Sajid Saleem, 20, is accused of being a member of the group between July 2020 and April this year.

He was 14 years old in 2016 and cannot be named as those accused of committing offences before they turn 18 are covered under the Children and Young Persons Act.

Earlier this month, they were each charged with two counts of voluntarily causing grievous hurt with weapons.

According to court documents, the pair were in a carpark near Block 175 Boon Lay Drive at around 5pm on April 6 when they allegedly used bread knives to attack Mr Praveen Raj Chanthiran and Mr Sarakumar.

Court documents do not disclose the victims' ages but the police said in an earlier statement that the youths had allegedly attacked two men, aged 22 and 23.

In an earlier proceeding, the court heard that one of the victims suffered 20 cuts.

On the day of the incident, the police received multiple calls for assistance over an attack in Boon Lay Drive that had disrupted a wedding ritual.

The bride, Ms Yuroshini Josephine, 25, and her groom, Mr Emmanuel Ravi, 26, were in the midst of their wedding ritual at home when the groom received a call that his friends, who had attended the wedding, had been attacked.

Mr Emmanuel had told The Straits Times that the victims were close family friends, and added that he knew one of the alleged attackers. 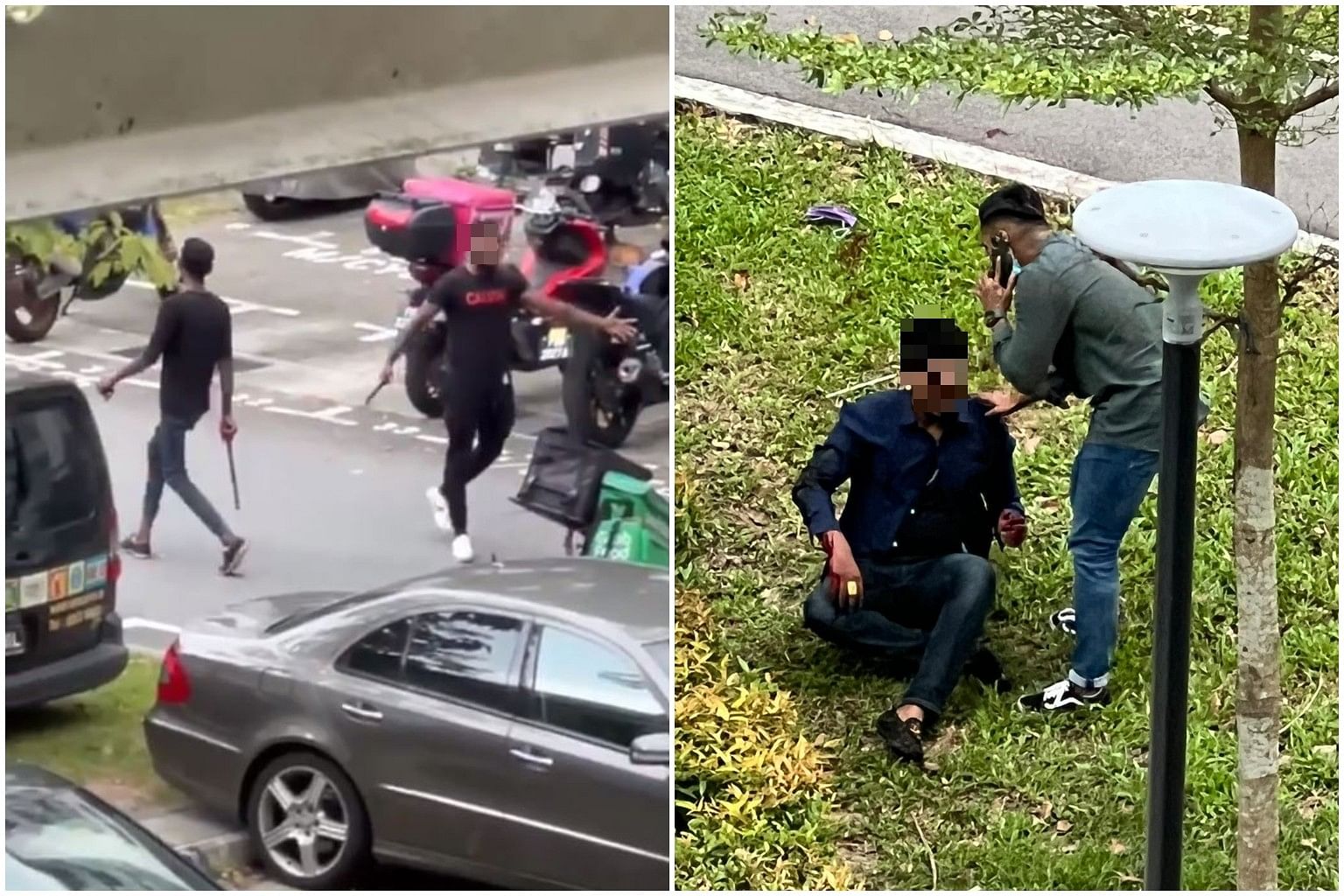 On Thursday, the alleged offenders were each offered bail of $40,000.

After they were charged on Monday with offences under the Societies Act, the prosecution asked for their bails to be revoked.

Deputy Public Prosecutor R. Arvindren said: "The evidence shows that the earlier offence had secret society undertones. There is real possibility of further violence if the accused persons are released."

Both youths are represented by lawyer Vadi PVSS from Kalidass Law Corporation. The lawyer urged the court to grant bail to them.

He added: "It is just bare assertion for the prosecution to say 'the evidence shows that the earlier offence (of voluntarily causing grievous hurt) had secret society undertones' when none was provided in court.

"In effect, the youths instructed that there aren't any secret society undertones to the slashing incident for which (they stand) charged (with the two assault) charges. It was a personal matter that went out of hand."

After hearing both sides, the court decided to grant the pair bail, albeit in higher amounts.

The case involving the two youths have been adjourned to May 26.

For each count of voluntarily causing grievous hurt with weapons, an offender can be jailed for up to 15 years and fined or caned.

For each charge under the Societies Act, an offender can be jailed for up to three years and fined up to $5,000.