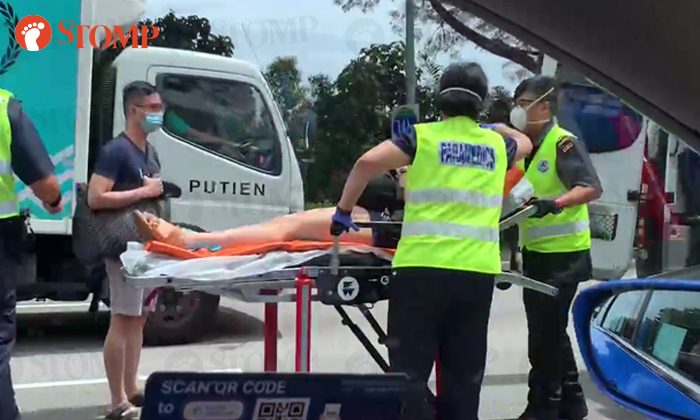 Three people were taken to hospital after a traffic accident along the Central Expressway (CTE) towards the Ayer Rajah Expressway (AYE) on Sunday (Nov 29).

In response to a Stomp query, the police said they were alerted to an accident involving two cars and a van at 12.26pm.

A 43-year-old male driver and his 33-year-old female passenger were conscious when taken to Tan Tock Seng Hospital.

"Another 13-year-old female passenger was conscious when conveyed to KK Women's and Children's Hospital," police added.

Stomper Peanut shared photos and a video of the accident scene, which he said was near the Ang Mo Kio Avenue 5 exit.

Paramedics are seen attending to someone on a stretcher and a silver car can be seen with its front bumper damaged.

The Land Transport Authority (LTA) tweeted at 12.40pm about a traffic congestion till the Yio Chu Kang Road exit and advised motorists to avoid the second lane.