2 drivers, including unconscious man, taken to hospital after 6-vehicle accident along CTE 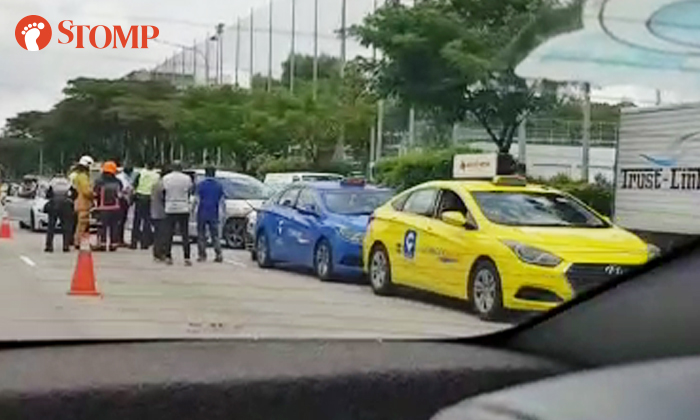 Two men were taken to hospital after a chain collision involving six vehicles along the Central Expressway (CTE) on Friday (Nov 20).

The police told Stomp that they were alerted to the accident, which occurred towards the Ayer Rajah Expressway (AYE) and before the Braddell Road exit, at 11.18am.

The accident involved five cars and a lorry, said the police.

Stomper Anonymous, who had been on his way to work, shared a video showing numerous vehicles at the accident scene.

Tow trucks and the traffic police can also be spotted.

Anonymous said: "I was stuck in a traffic jam for around 15 to 20 minutes."

Accident on CTE (towards AYE) before Braddell Rd/Lor Chuan Exit with congestion till AMK Ave 5 Exit. Avoid lanes 3, 4 and 5