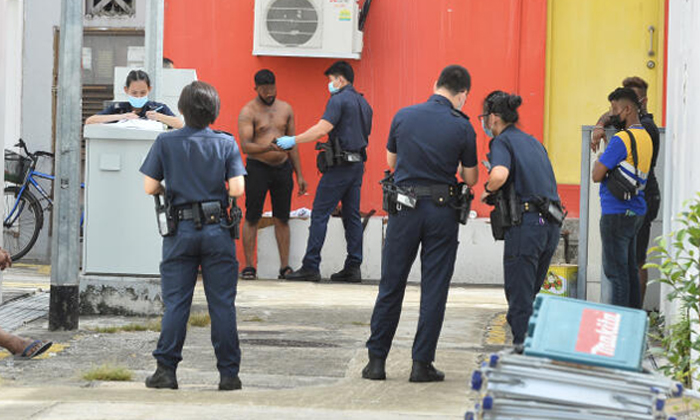 Three men were arrested after a fight broke out at the back alley of a hostel in Little India on Saturday morning (Nov 14).

In response to a Stomp query, the police said they were alerted to a fight at 28 Madras Street at 8.49am.

Two men, aged 22 and 30, were subsequently arrested for public nuisance.

A 31-year-old man, who reeked of alcohol, was arrested for causing annoyance to the public when drunk under Section 14(2) of the Liquor Control Act.

Six police cars were spotted at the scene and a topless man was also seen being questioned, reported Shin Min Daily News.

An employee at the hostel said she saw five to six men speaking in the alley and that their conversation soon escalated into a loud argument.

Three men were subsequently seen being handcuffed and taken away by the police.