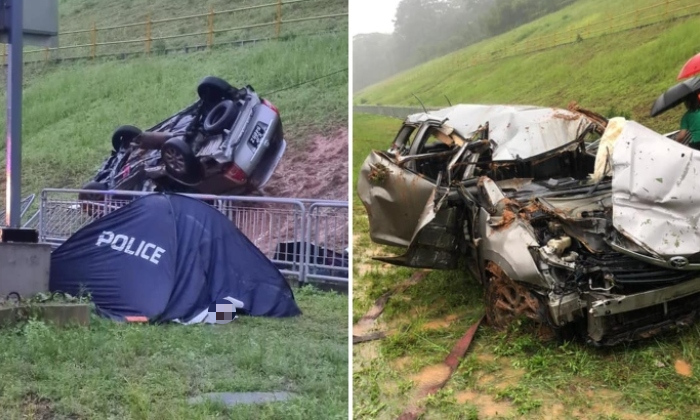 A 28-year-old man was pronounced dead on scene after a car accident along the Kranji Expressway (KJE) towards the Bukit Timah Expressway (BKE) on Saturday (Jan 2).

In response to a Stomp query, the police said they were alerted to the accident at 4.37am.

"The 28-year-old male car driver was pronounced dead at scene by a paramedic. The car passenger, a 26-year-old male, was conscious when conveyed to Khoo Teck Puat Hospital," added the police.

According to Chinese-language newspaper Lianhe Zaobao, the two men involved in the accident are brothers. 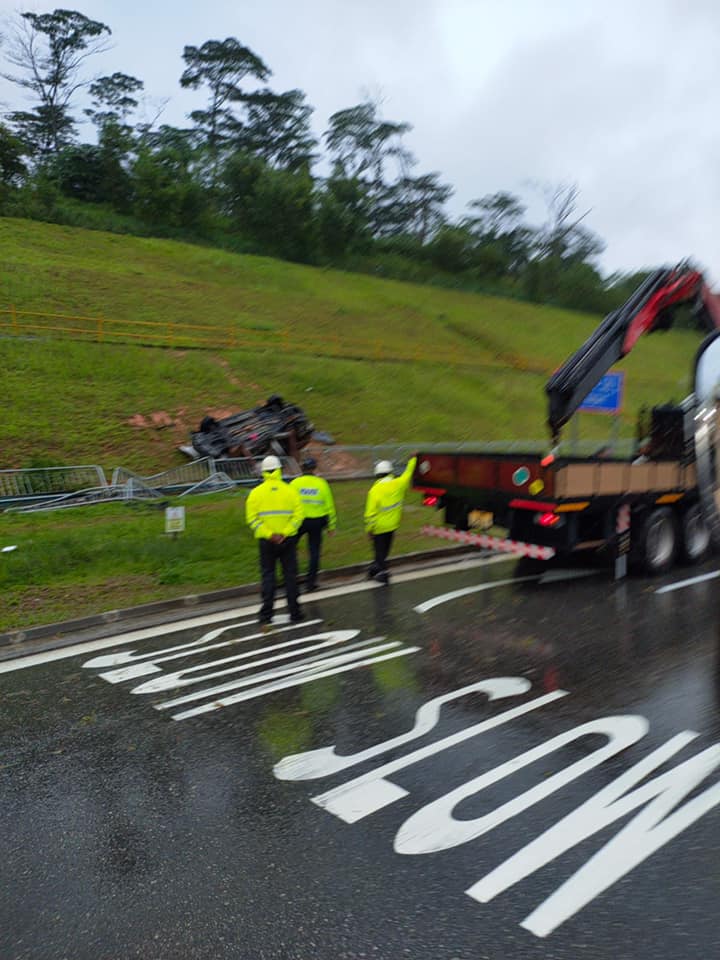 Photos posted on ROADS.sg's Facebook page show an overturned car on a grass patch by the side of the road.

A police tent can also be seen at the scene. 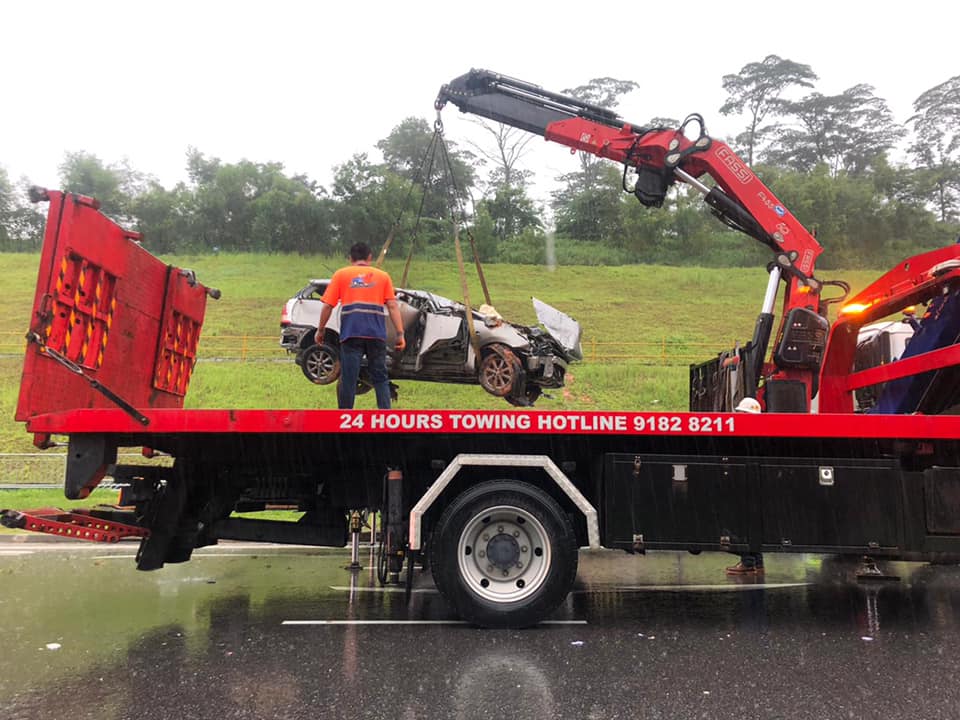 The car, which appears to be completely smashed, can also be seen being picked up by a tow truck.

Related Stories
82-year-old man dies after getting knocked down by car in Bukit Batok, driver arrested
56-year-old pedestrian dies after drink-driver in BMW crashes into him at Ophir Road
Appeal for witnesses: Motorcyclist dies after accident along AYE
More About:
accident
car
death
KJE
expressway