2 women arrested after using lost credit card to make purchases worth over $1,300 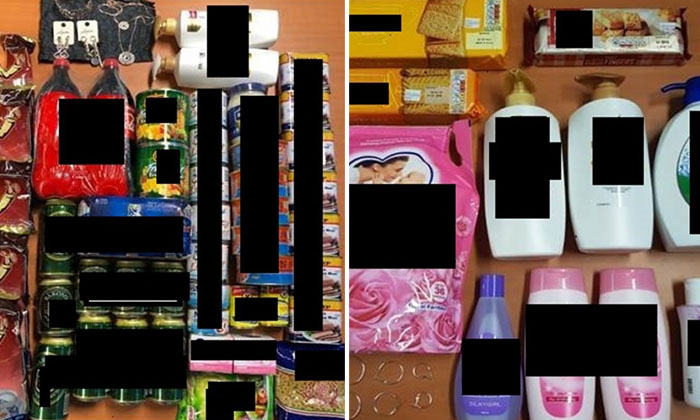 Two women, aged 29 and 37, were arrested on Dec 1 for their suspected involvement in using a stolen credit card to make unauthorised retail purchases.

The police were informed by the victim on Nov 30 that there were several unauthorised transactions, amounting to over $1,300, made with his credit card.

Through follow up investigations, officers from the Commercial Affairs Department arrested the two women.

An assortment of toiletries, packaged food and drinks, and cosmetic jewellery which are believed to have been purchased using the stolen credit card were seized as case exhibits.

Preliminary investigations revealed that the suspects are believed to have made at least 22 unauthorised credit card transactions in November 2018.

The women will be charged in court today (Dec 3) with the offence of abetment by conspiracy to cheat under Section 420 read with Section 109 of the Penal Code, Chapter 224.

If convicted of cheating, they can be jailed for up to 10 years and are liable to a fine.

The police would like to remind merchants and sales staff to exercise vigilance and adopt correct card acceptance procedures when processing credit card transactions.

They should look out for the name and security features on the card face and if they are suspicious, they should contact their processing bank immediately for advice.

Related Stories
4 arrested for series of shop thefts, more than 1,000 items worth $30k seized
Man in shades and cap takes handset lying on counter from Hougang phone store
Man parks $1k bicycle outside Hougang Mall to have breakfast -- only to see youths run away with it
More About:
police
jail
arrest
credit card
theft