2 riders collide along Sims Avenue: 'Could have been disastrous for elderly couple who jaywalked' 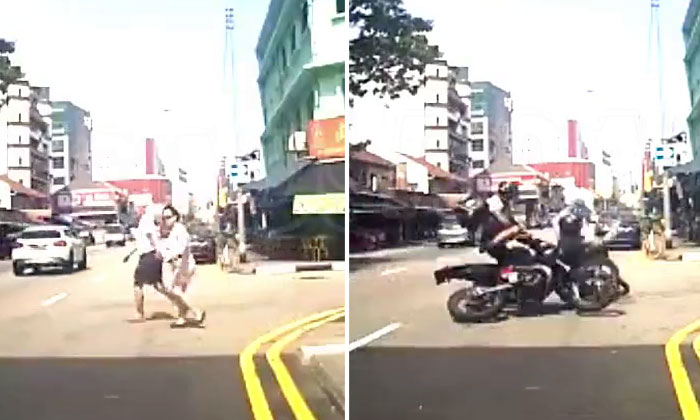 Two riders crashed into each other along Sims Avenue just before Lorong 11 Geylang.

According to the timestamp on a video of the incident that was posted on ROADS.sg's Facebook page, it happened on Mon (Oct 1) at about 2.57pm.

In the video, that was taken from the dashboard camera of a stationary car, one of the motorcyclists crashes into the side of the other rider who appears to be making a turn into Lorong 11 Geylang.

Following the impact, one of the riders is seen rolling on the ground in pain before limping to the pavement to sit down.

The contributor, NC, asked in his post, "Wonder who was in the wrong?"

Seconds before the accident, an elderly couple are seen jaywalking across the road. 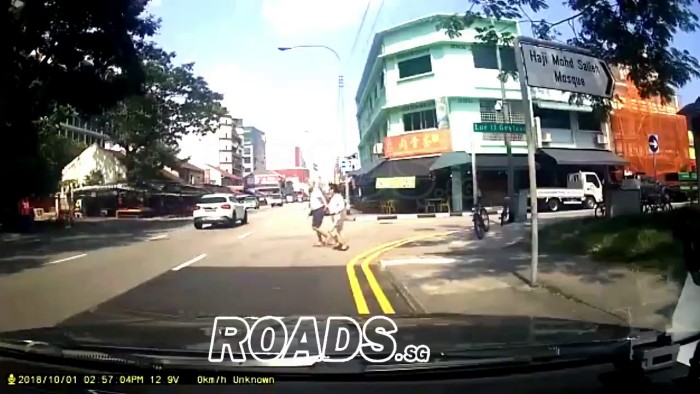 NC said: "Thank goodness the elderly couple had left that earlier position, or else it would have been disastrous for them."

"Wishing a speedy and full recovery for both of the riders."