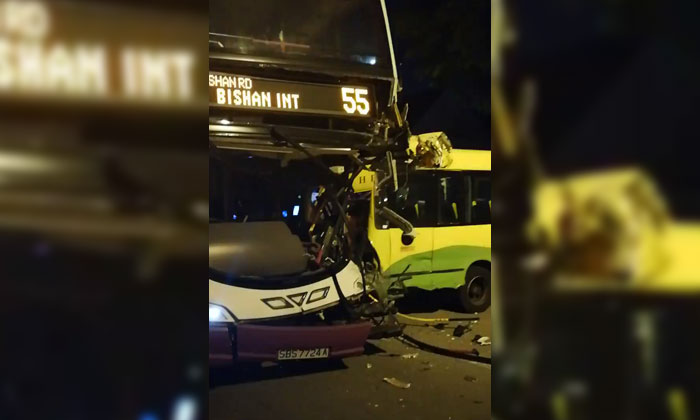 Two people were taken to hospital after an accident involving an SBS Transit bus and a school bus occurred at Bedok Road on Tuesday morning (Oct 2).

A video of the scene was posted on Beh Chia Lor - Singapore Road's Facebook page by Alex Tan at about 7.44am.

In the video, the left side of bus service 55 is completely smashed in and debris is seen scattered on the road.

Accident on 2 Oct 2018 at about 6.00 to 6.10am. Avoid Bedok Road close to Upper Changi Road junction. Major accident blocking both directions of road.

May the kids stay safe.

The school bus is adjacent to the SBS Transit bus and the metal on its roof is crumpled. It appears to have knocked over a metal pole on the sidewalk as well.

An ambulance is also at the scene next to a group of people surrounding a person sitting on the side of the road. 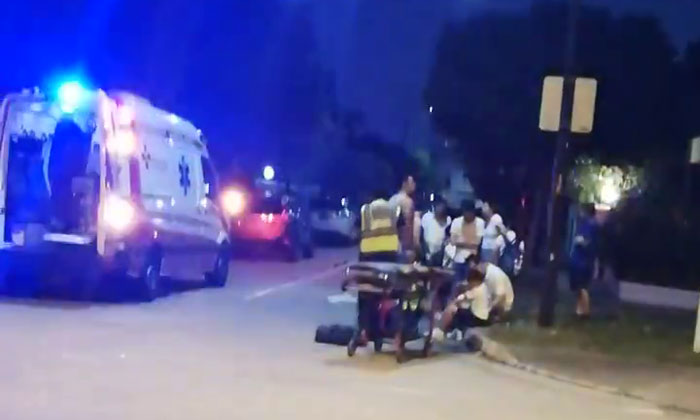 The accident caused a block to traffic from both directions and several vehicles are seen waiting for the area to be cleared.

The Singapore Civil Defence Force (SCDF) told Stomp that they were alerted to an accident at the junction of Bedok Road and Bedok Place at about 6.05am.

A police spokesman said that the police were alerted to the accident at about 6.01am.

"A 36-year-old male bus driver and a 10-year-old male passenger were conscious when conveyed to Changi General Hospital and KK Women's and Children's Hospital respectively," the spokesman said.

Stomp understands that the man taken to Changi General Hospital was the driver of the school bus.

"Our priority is on the well-being of the two people who were hurt and conveyed to the hospital.

"The child received outpatient treatment and we are already in touch with his parents to render assistance as best we can.

"We are also trying to get in touch with the driver of the school bus but have not been successful thus far.

"We are also assisting the police with their investigations."

Related Stories
Rider dies after accident involving lorry, 2 vans on PIE that left beer bottles smashed on road
Foodpanda delivery guy looking for witnesses after getting hit by car at Jurong West: "I can't remember anything"
13-year-old girl sent flying after being hit by car is a warning to all jaywalkers
More About:
Accidents
Bus
SBS Transit
minibus