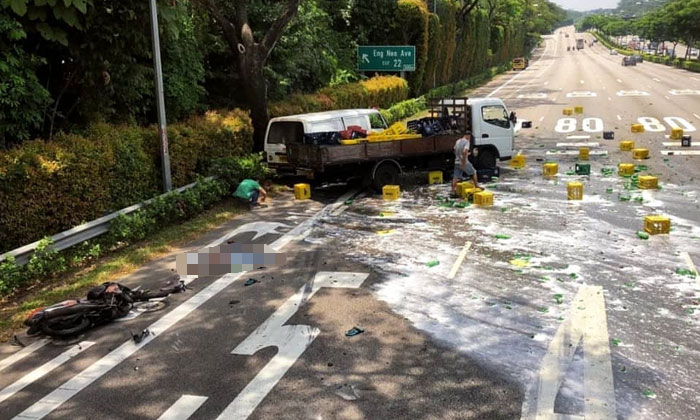 A 44-year-old motorcyclist died after he was involved in an accident with a lorry and two vans along the Pan Island Expressway (PIE) towards Tuas on Saturday afternoon (Sep 29).

Stompers Eddie, Dale, Maria, KC, Edros and Ming Tat alerted Stomp to the accident and shared photos and videos from the scene that were circulating online.

In some of the photos, the rider is seen lying face down on the road. Two men appear to be trying to revive him. 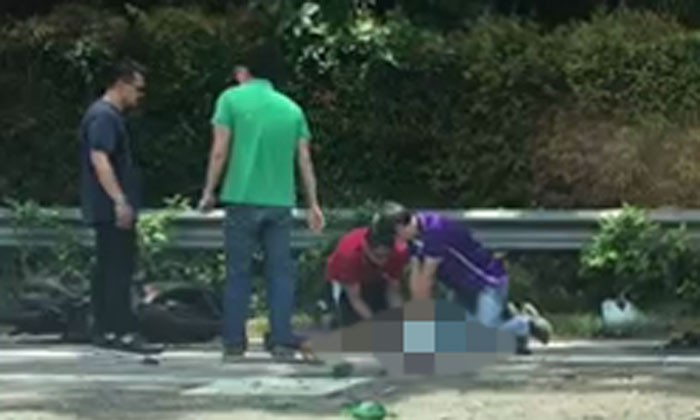 Several smashed glass beer bottles and crates with the words "Tiger" on them are seen lying on the expressway across all four lanes.

In response to a Stomp media query, a police spokesman said they were alerted to an accident involving a lorry, two vans and a motorcycle at about 1.11pm.

Taxi driver Eddie told Stomp that the accident caused a massive jam on the expressway.

"My trip journey took one hour and forty-five minutes," he said. 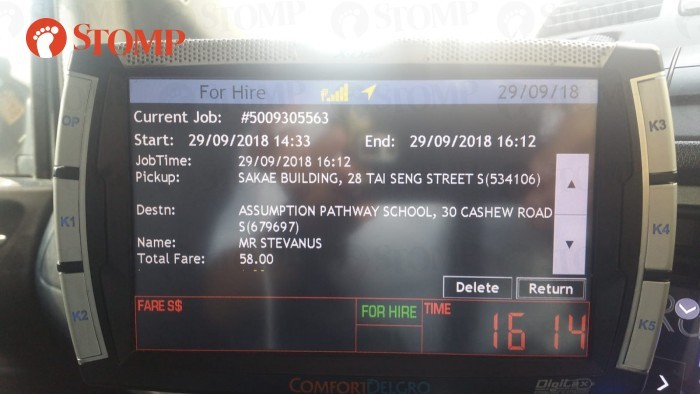 He had picked up a passenger at Sakae Building along Tai Seng Street at 2.33pm whose destination was at Cashew Road.