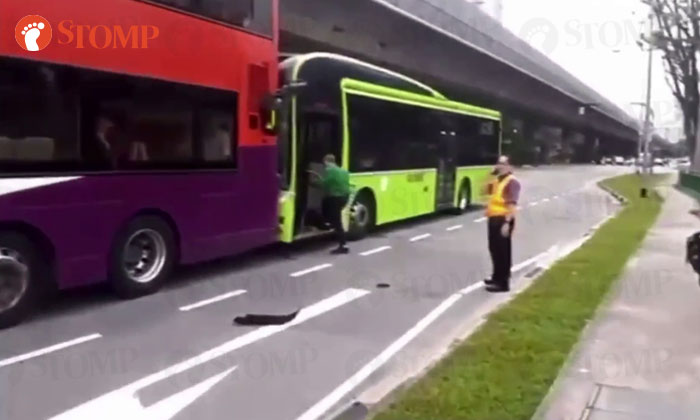 Two passengers were taken to hospital.

Stomper Kor alerted Stomp to the incident and shared a video taken at the scene.

In the video, a Tower Transit bus appears to have rear-ended an SBS Transit bus.

A couple of people are alighting the double-decker SBS Transit bus and debris is seen scattered on the road.

A Tower Transit spokesman said in a statement to Stomp: "The bus captain has been suspended pending an investigation into the accident this morning."

In response to a Stomp query, the police said they were alerted to the accident at about 8.28am.

Two male passengers from one of the buses, aged 47 and 57, were conscious when taken to Ng Teng Fong General Hospital, a police spokesman said.