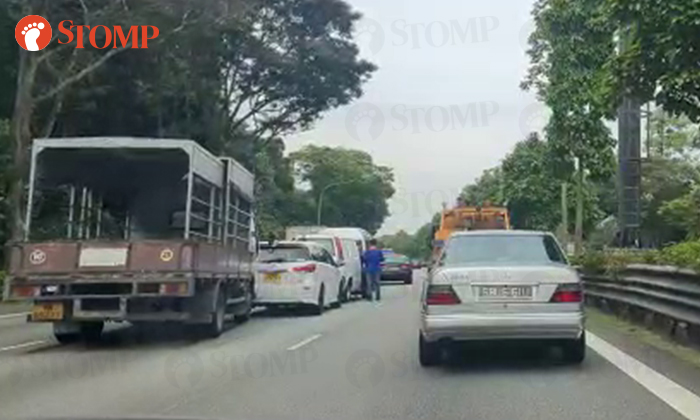 A 31-year-old van driver and his 35-year-old passenger were taken to hospital after an accident with another three vehicles occurred along the Seletar Expressway (SLE) on Wednesday morning (Jan 29).

Stomper Z contributed a video of the accident's aftermath as he drove past the scene at about 9am.

Z told Stomp: "I was driving and suddenly heard three loud 'bangs' and a lot of braking sounds.

"They were rather loud and there was a massive jam. I didn't see what happened.

"It was only when I drove further up along the road that I saw an accident had taken place."

Responding to a Stomp query, the police said: "On Jan 29 at 8.47am, the police were alerted to an accident involving a van, a minibus, a car and a lorry along SLE towards Bukit Timah Expressway, before the slip road into the Pan Island Expressway.