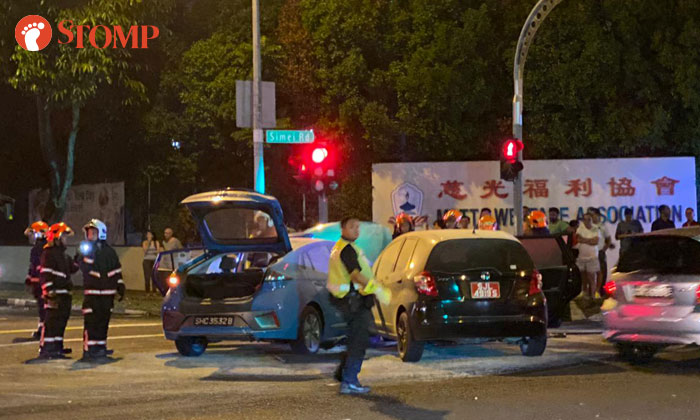 Submitted by Stomper Vikram, Even

Two drivers were taken to hospital after a taxi and car were involved in an accident at the junction of Simei Road and Simei Street 1 on Monday night (Jan 27).

Stomper Vikram and Even alerted Stomp to the accident and shared photos and a video they took as they were passing by the scene.

Even told Stomp that the vehicles had collided "head-on".

In the video he shared, smoke can be seen rising from the vehicles following the crash.

"Two fire trucks and three ambulance vehicles arrived at the scene within seven minutes," he said.

In response to a Stomp query, the police said they were alerted to the accident at about 11.04pm.

"The two male drivers, both aged 63, were conscious when conveyed to Changi General Hospital," a police spokesman said.