2 men arrested for affray after fight at Great World City 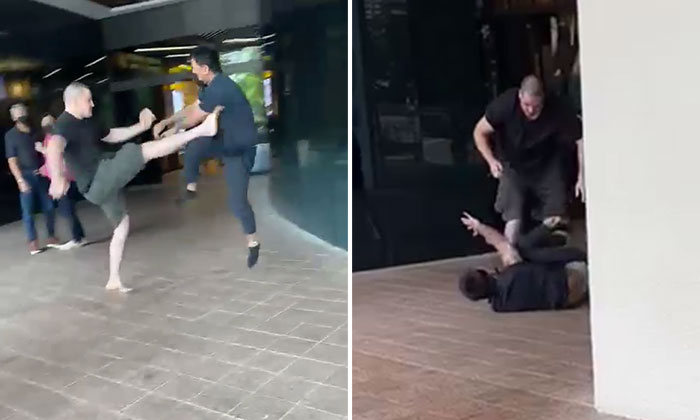 Two men were arrested for affray after a video of them fighting at Great World City went viral.

Facebook user Patrick Tan shared footage of the altercation on his page where it has since racked up over 410,000 views.

According to him, one of the men "purposely" knocked into the other inside the mall before they took their fight outside.

In the video, one of the men appears to have the upper hand, delivering kicks and several punches towards the other.

Before the clip ends, voices of other people at the scene can be heard apparently trying to intervene.

In response to a Stomp query, the police said they received information about a fight between two men along Kim Seng Promenade.

"Following ground enquiries, officers from Tanglin Police Division established the identity of the men and arrested them for affray on June 6," a police spokesman said.

Related Stories
Beer promoter hits man with stool in Yishun coffee shop fight
Man removes shirt and says, 'I am going to die' after getting hit with chairs at Canberra coffee shop
Man arrested for injuring 60-year-old uncle with stool and glass bottle in Chinatown
More About:
fight
affray
arrested