Man removes shirt and says, 'I am going to die' after getting hit with chairs at Canberra coffee shop 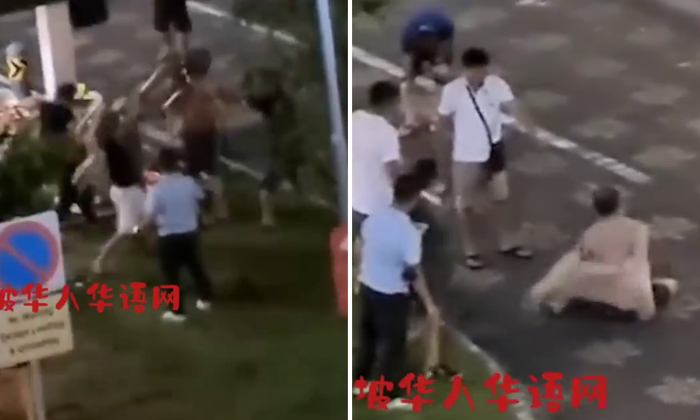 A 40-year-old man was taken to hospital following a fight that broke out in Canberra on Tuesday night (May 24).

A video circulating online shows several men involved in an altercation at a coffee shop at Block 115 Canberra Walk.

Things can be heard being thrown and smashed, and at least two men are seen using chairs to hit a third man.

Posted by 新加坡华人华语网 ,Sg Chinese Community. on Wednesday, 25 May 2022

The video then cuts to one of the two men throwing a punch at the same victim, who is now sitting on the road.

The victim is subsequently seen removing his shirt as he stands up and using it to wipe his face.

He is later spotted sitting down on the road again and is heard exclaiming in Mandarin: "I am going to die."

In response to a Stomp query, the police said they were alerted to a fight at the block at around 10.50pm.

They added: "A 40-year-old man was conscious when conveyed to the hospital."