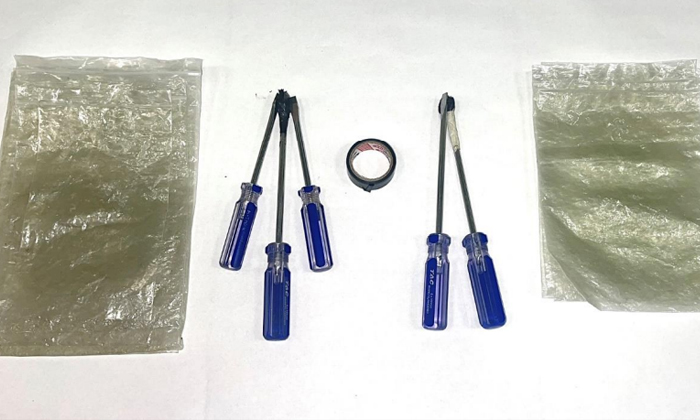 Two men, both aged 27, were charged with theft on Saturday (Aug 13) after they allegedly stole coins from a water dispenser machine at a multi-storey carpark along Aljunied Crescent.

The police said they were alerted to the case of theft on August 8.

Through ground enquiries and with the aid of images from police and CCTV cameras, police officers from Bedok Police Division established the identity of the two men and arrested them on August 12.

"Preliminary investigation revealed that the two men are believed to be involved in similar cases islandwide," the police added.

The two men were charged in court on Sturday with theft, which carries a jail term of up to three years and/or a fine.

The police also said they have zero tolerance towards such brazen acts of crime, and will spare no effort to apprehend such offenders and deal with them in accordance with the law.