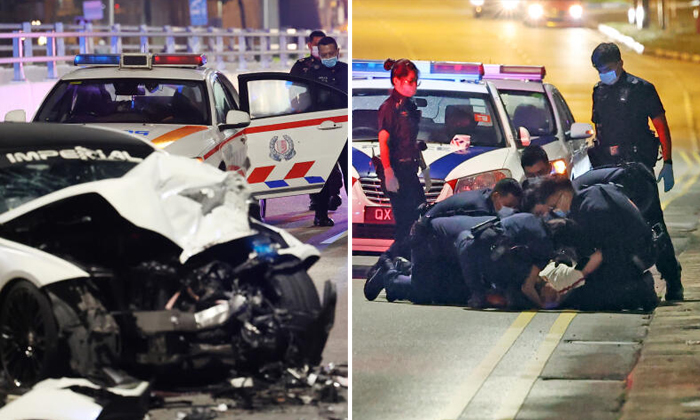 What appeared to be an ordinary accident turned dramatic when the car driver resisted arrest and had to be subdued by about five police officers at the scene.

The man was allegedly found to be driving a stolen car that collided with a truck, reported Shin Min Daily News.

The crash happened on Sengkang East Way towards Sengkang West Way on Sunday (June 5) at about 5.55pm.

As it is believed the car had hit the rear of the truck. the impact crushed its bonnet, with fragments scattered on the road, reported Shin Min.

While police officers tried to subdue the 42-year-old man, he struggled and yelled: "My chest hurts! Let go!"

After he was handcuffed, four police officers had to carry him to the police car.

A police spokesman confirmed that the man has been arrested for theft and investigations are ongoing.