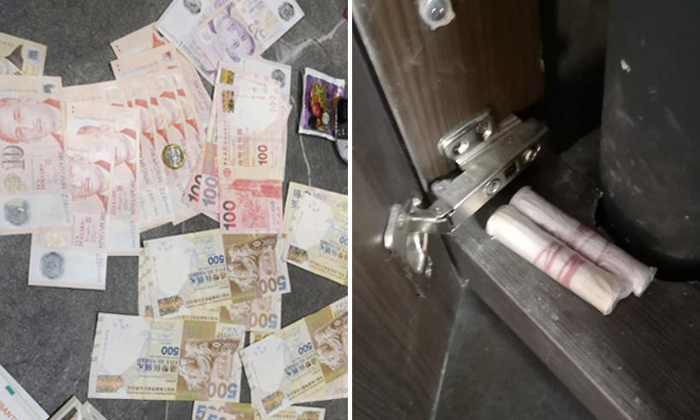 Two domestic workers -- one who was leaving and the other a replacement -- conspired to steal $8,000 of cash from their employer.

According to Lianhe Wanbao, the two Indonesian maids, aged 40 and 28, were sentenced to 11 weeks in jail on Tuesday (March 19) after pleading guilty.

At the time of the incident, both maids were working for a female employer at Tampines Street 82.

The older maid had been in employment for three years, with her contract expiring in January this year. Meanwhile, the younger maid started work in September 2018.

According to court documents, the maids' employer had placed $8,000 cash in a red packet, which she kept in a cabinet drawer in the bedroom.

Although the employer had locked the drawer, she placed the key in a bag in the bedroom -- which both maids cleaned and had access to.

On October 10 last year, at around 10am, both maids were cleaning the room when they discovered the drawer's key.

They then unlocked the drawer and took out the cash.

The older maid suggested stealing the cash and hiding it, even saying that she could bring the money home and distribute half of it to the younger maid's family.

The younger maid agreed to the plan.

Three days later, the employer discovered the money missing. She questioned both maids but they denied taking it. She eventually called the police.

Cash of $7,900 was recovered from the kitchen toilet the following day, but the remaining $100 was unaccounted for.

The money was found rolled up in two sets, tied with a rubber band and wrapped in a plastic bag for waterproofing purposes. They were then placed next to a pipe in a cabinet.

Related Stories
Maid stole more than $34k worth of items from Changi Airport Group chairman and his family
Why so yao kwee? Woman helps herself to 'at least 480' ang pows from Teck Whye Lane temple
Man arrested after being caught on video taking items from Lengkok Bahru home
More About:
maid
stealing
theft