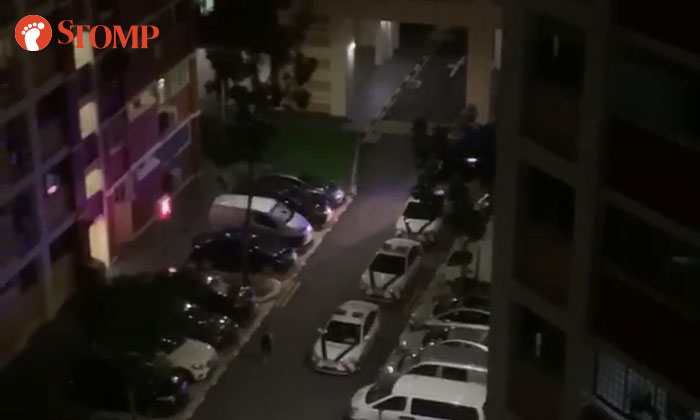 Two men, aged 33 and 29, were arrested for voluntarily causing hurt with dangerous weapons at a residential unit at Block 362 Hougang Avenue 5 on Thursday night (May 21).

The duo are family members residing in the same unit.

Stomper Kevin alerted Stomp to the incident after hearing shouting in his neighbourhood and spotting police cars arriving at the scene.

In response to a Stomp query, the police said they were alerted to the case at 8.51pm.

"Two men, aged 33 and 29, were arrested in relation to the case," a police spokesman said.

"Both are family members residing in the same unit.

The police said they are also looking into possible breaches of safe distancing measures.