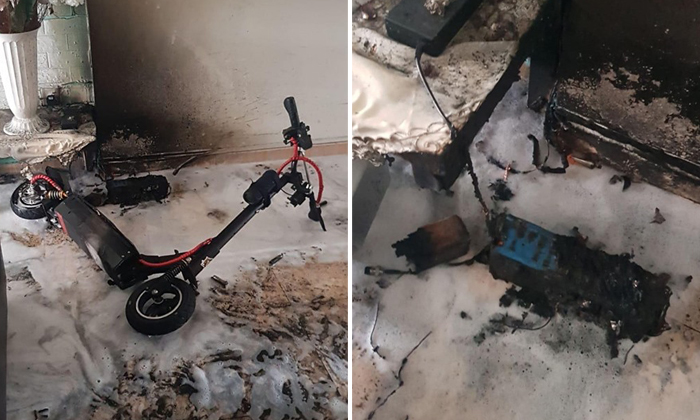 Three people were taken to hospital for smoke inhalation after a fire involving a personal mobility device (PMD) broke out in a flat at Block 688A Choa Chu Kang Drive on Tuesday (Aug 6).

In a statement on Facebook, the Singapore Civil Defence Force (SCDF) said it responded to the fire in the third-floor unit's living room at around 11.35am.

The fire was extinguished using a compressed air foam backpack.

"Seven occupants evacuated from the unit prior to the arrival of SCDF," added the statement.

One adult and one child were taken to National University Hospital, while another adult was conveyed to Ng Teng Fong General Hospital.

Preliminary investigation into the cause of the fire indicates that it was of electrical origin from the PMD, which was charging at the time of the incident.

In its statement, the SCDF also shared the following safety tips in preventing PMD fires: 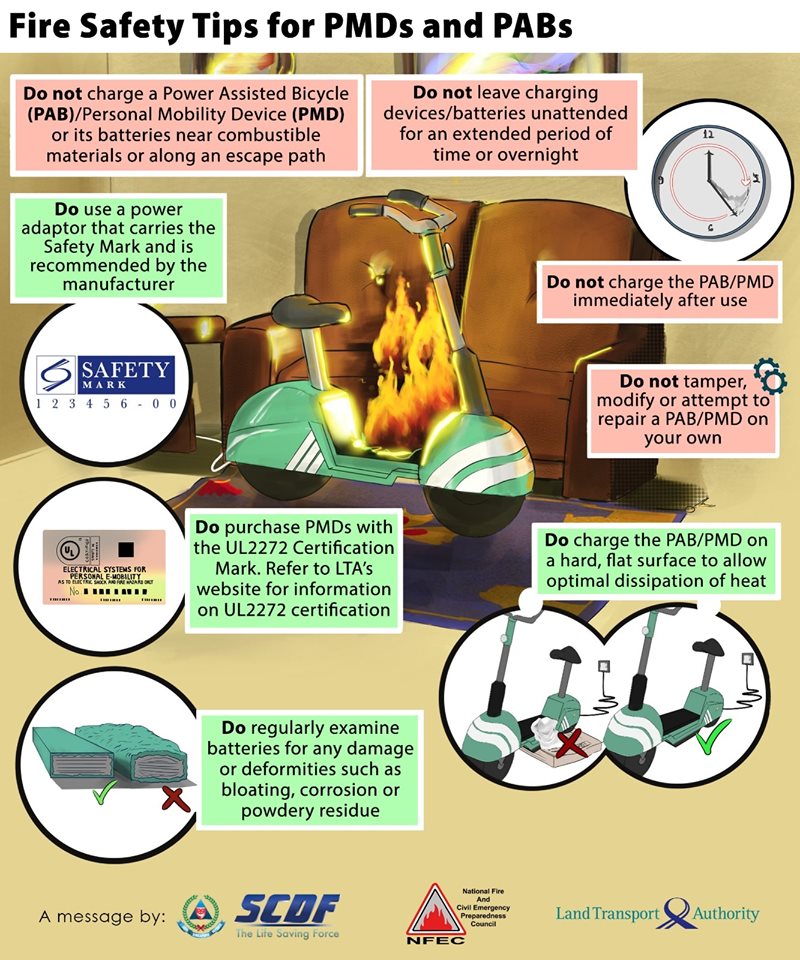