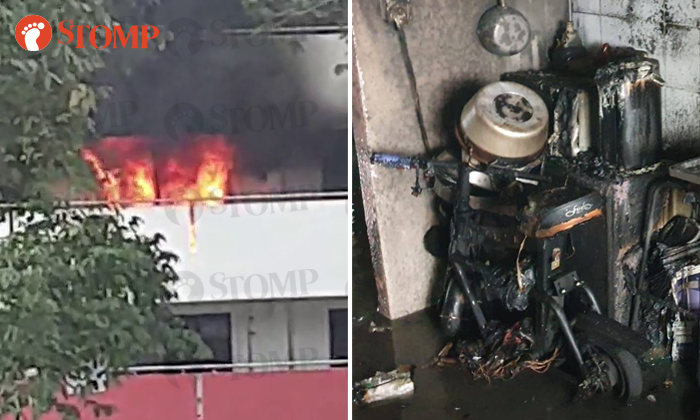 Four people were rescued after a fire broke out in a fourth-floor unit at Block 224 Ang Mo Kio Avenue 1 on Monday afternoon (July 22).

The Singapore Civil Defence Force (SCDF) said in a statement on Facebook that it responded to the fire at around 3.05pm.

The fire, which involved the contents of the entire unit, was raging when the SCDF arrived.

Stomper Lary captured a video that shows the unit on fire. Multiple loud blasts can be heard as smoke emitted from the block.

According to the SCDF, the blaze was extinguished with one water jet.

One adult and three children were rescued from the immediate neighbouring unit, while about 60 people were evacuated from the affected block by the authorities.

"Preliminary investigations into the cause of the fire indicate it was from a Personal Mobility Device (PMD) placed in the kitchen," added the SCDF in its statement.