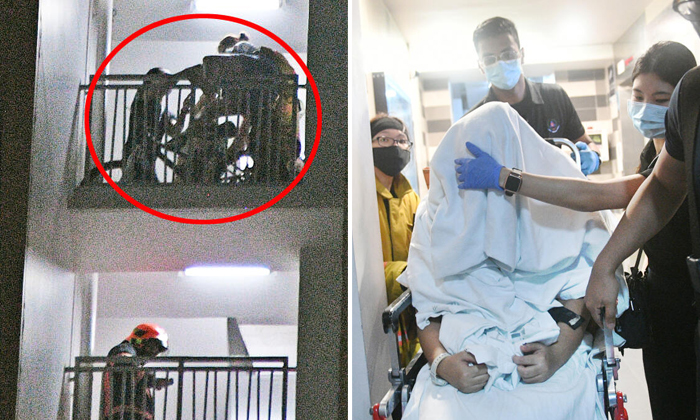 A 19-year-old woman was taken to hospital and subsequently apprehended after she was seen sitting on the ledge of a stairwell in Sengkang on Wednesday (April 7).

In response to queries by Stomp, the police and the Singapore Civil Defence Force (SCDF) said they received a call for assistance at Block 443C Fernvale Road at around 6.45pm.

"Upon arrival, a person was seen sitting on a ledge of a stairwell," said the SCDF.

The SCDF deployed one safety life air pack and Rescuers from the Disaster Assistance and Rescue Team (DART) were on standby as a precautionary measure. 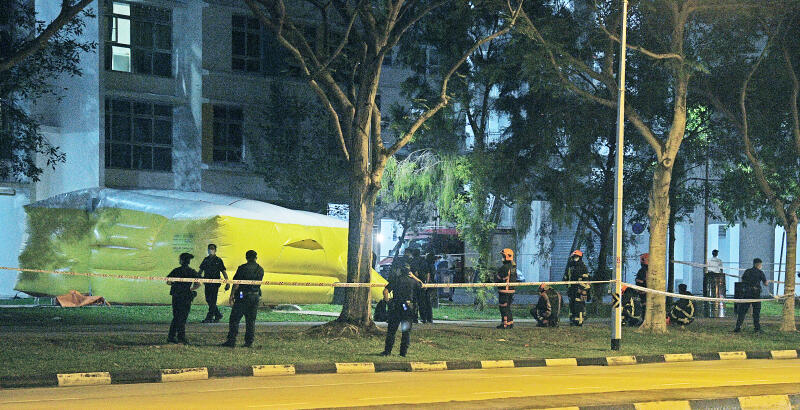 A 19-year-old woman was conscious when conveyed to Sengkang General Hospital. She was subsequently apprehended under Section 7 of the Mental Health (Care and Treatment) Act.

According to Shin Min Daily News, the woman had sat on a ledge on the 27th floor for three hours.

She is believed to have climbed onto the railing of the ledge by stepping on a bicycle that a neighbour had left at the stairwell.

There were also two lines of writing in pencil on a wall at the stairwell, one of which said: "I hate you."