Armed robbery of $48k in Jurong: 3 youths held female employee at knifepoint and confined her in room 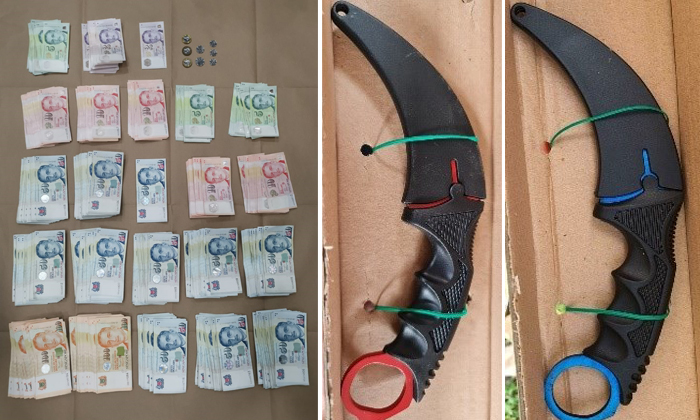 Three youths who allegedly fled with $48,000 worth of cash after holding a woman at knifepoint and a fourth accomplice have been arrested for armed robbery with hurt.

The police said they were alerted to a case of armed robbery at a unit along Jurong Gateway Road at around 4.15pm.

"Preliminary investigations revealed that three men, aged between 19 and 22, had allegedly robbed the unit," said the police in a statement.

"One of the men allegedly pointed a knife at a female staff, pulled her hair and demanded her to hand over the money in the unit."

The men subsequently dragged the female employee into a room within the unit to confine her, before fleeing with cash of around $48,000. 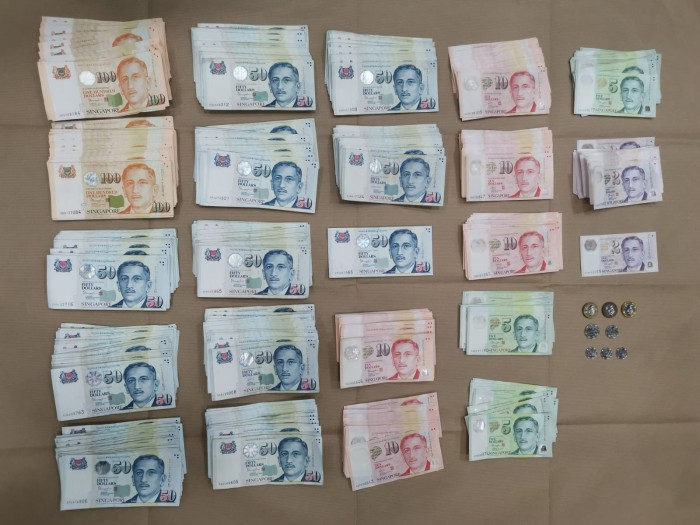 According to The Straits Times, the men had face masks on but did not make any other attempt to hide their faces or wear gloves.

Through extensive investigations, officers from the Police Intelligence Department and Clementi Police Division established the trio's identities and arrested them within 12 hours.

"This was in spite of their attempts at concealing their identities to evade detection and arrest," police added.

A 26-year-old man who allegedly disposed of the karambits believed to have been used in the commission of the offence was also arrested.

According to the police, a portion of the stolen loot amounting to about $30,000 has been recovered and efforts are underway to recover the rest of the loot. 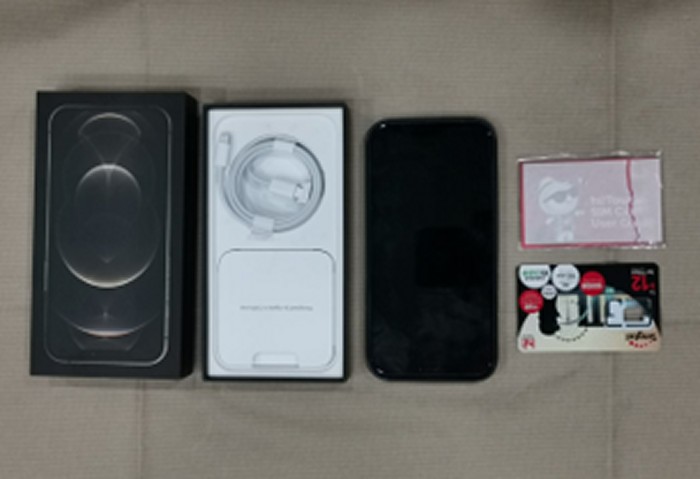 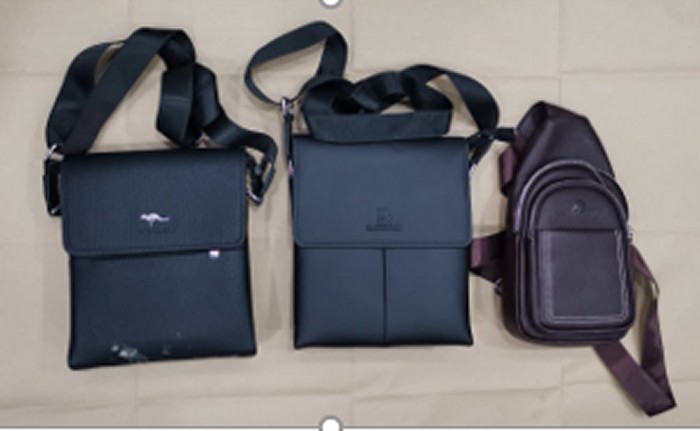 Items believed to have been purchased with the stolen cash. Photo: Singapore Police Force

The four men will be charged in court on Saturday (Nov 21) with armed robbery with hurt, which carries a jail term of five to 20 years and at least 12 strokes of the cane.

Commander of the Clementi Police Division and Deputy Assistant Commissioner of Police Marc E lauded the police officers for their determination and meticulousness in solving the case.

He said: "The men involved in the armed robbery displayed an egregious disregard of the law.

"The police will spare no effort in pursuing such criminals to bring them to justice."

The female employee had been alone when the perpetrators entered the shop, reported The Straits Times. They subsequently locked her in the back room.

Staff in the neighbouring unit, a money changer, let her out after hearing her knocking on the partition between the two shops and shouting for help.