19 areas from Bedok to Jurong hit by blackout, Stompers complain about heat and loss of Wi-Fi 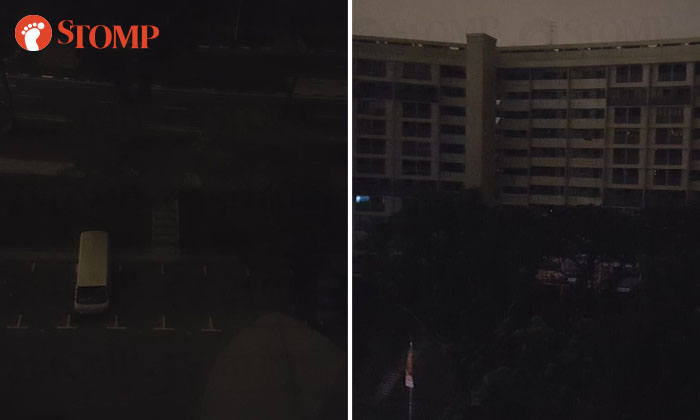 Various parts of Singapore from the north to the east were affected by a blackout in the wee hours of this morning (Sep 18).

Several Stompers who alerted Stomp to the incident, complained of the heat and the lack of Wi-Fi connection.

Stompers SJ and Webster Neo, who both reside in the Sembawang area, shared a photo and a video of how dark their neighbourhood looked.

SJ, a resident of Block 507A Wellington Circle, said: "It happened at about 1am. It was quite hot because the fan and the air conditioner weren't working.

"So I woke up and went out to my corridor and saw that everything outside was just pitch black, the street lamps and all the lights weren't working."

SJ also shared a photo of his non-existent Wi-Fi connection. 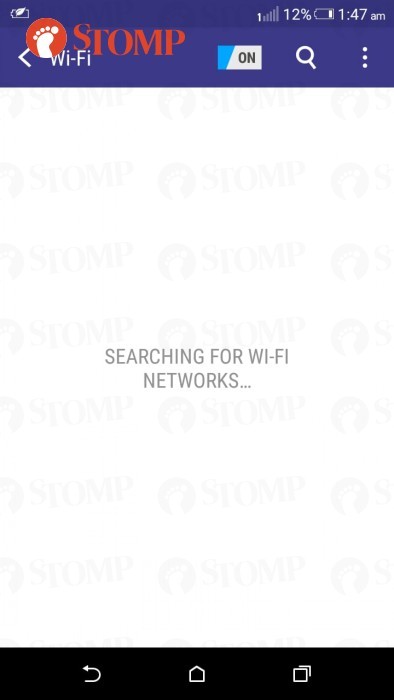 Webster Neo, who resides in Block 469 Admiralty Drive, said: "It happened at about 1.20am this morning. 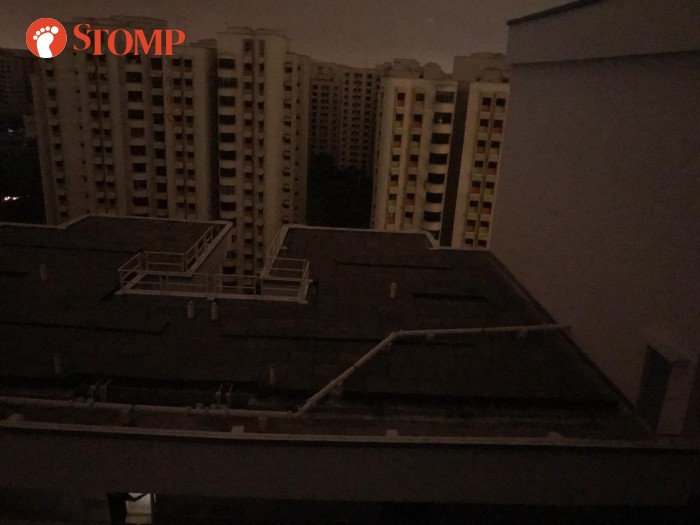 "I was shocked, and it was very hot since my air conditioner wasn't working. My kids couldn't sleep properly and they have an exam this morning.

"They were all grouchy when they woke up but I guess there wasn't a choice," he said with a laugh.

Stomper Michelle also shared photos with Stomp of how Ang Mo Kio looked during the blackout.

In the photos, the surroundings are seen pitch black, save for a few lucky units that still have lights. 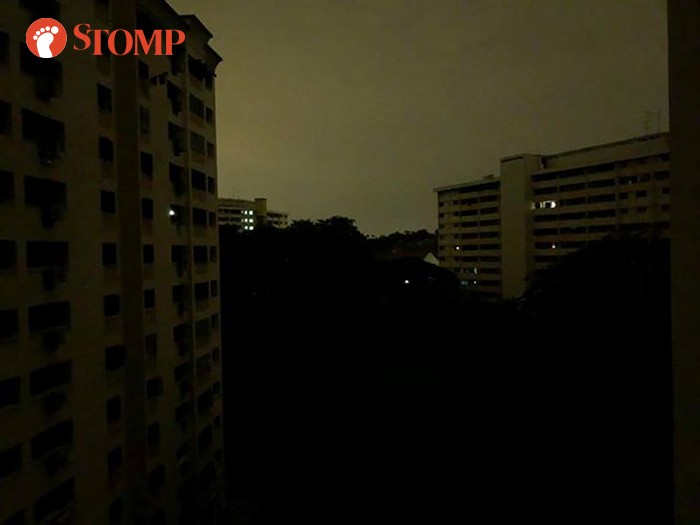 Stomper Arasu, a resident of Block 754 Woodlands Circle, said he was watching TV shows when his television suddenly shut off.

"At first I thought it was just my unit so I stepped out to check the power supply box but I realised that blocks 755 and 756 were also in darkness," he said.

"But some street lamps and buildings were still working though, maybe they got a different system."

The Energy Market Authority (EMA) said it is investigating the blackout, reports The Straits Times.

In a statement, the EMA said: "The EMA takes a serious view of disruptions to Singapore's electricity supply. We will review the outcome of our investigation before deciding on the actions to take."

It also said that it would work with the industry to put in place measures to minimise the risk of similar incidents happening in the future.

"We thank the public for their patience and understanding while efforts were made to restore electricity supply," the EMA added.

Energy utilities provider SP Group said in a statement that electricity was disrupted in 19 areas in the country at 1.18am and the supply was restored within 38 minutes.

Electricity supply to parts of Singapore was disrupted at about 1.18 am today. Supply was fully restored...

The disruption was due to a partial loss of electricity supply from two power generation companies, according to SP, based on its preliminary findings. It added that investigations are ongoing and that its electricity network is in order, following checks.

SP also said that its officers were deployed to the affected areas and that it is investigating the incident.

Check out the gallery to see how different parts of Singapore look being shrouded in darkness.